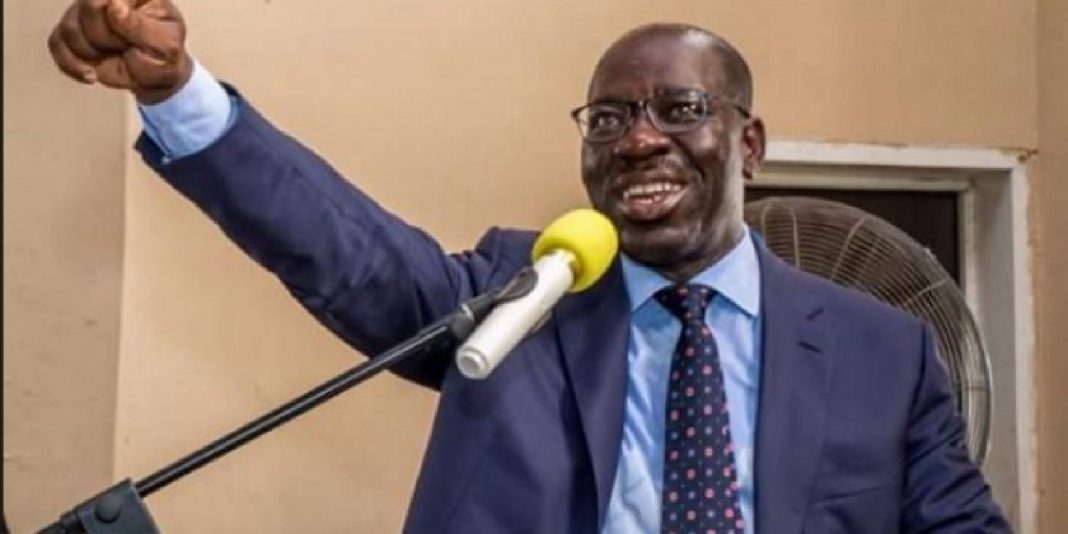 …Insist He Has Performed Creditably Well And Will Be Reelected

As activities hot up for the 2020 governorship election in Edo State, pensioners, senior citizens and other stakeholders in the state have continued to mobilise support for the re-election of Governor Godwin Obaseki on the strength of his impactful projects in different sectors of the state.

Speaking with journalists in Benin City, the senior citizens, under the aegis Elderly Persons Association of Nigeria, Edo State chapter, expressed confidence that the governor and his deputy, Rt. Hon. Comr. Philip Shaibu, will be reelected on the back of the administration’s sterling performance across all sectors of the state, including education, human capacity development, industrialisation, job creation, health care, security, and infrastructural development, among others.

Vice Chairman of the association, Pa Eddy Ogbomo, while urging Edo people to support Governor Obaseki to enable him consolidate on his transformational projects and programmes in the state, said the governor has prioritised the welfare and wellbeing of elderly persons, ensuring prompt payment of pension and other entitlements.

Ogbomo said, “Having observed what the governor has done for almost four years in office, we are full of praises; we are happy because a lot of the elderly persons in Edo State, who are retired persons and senior citizens no longer go to Ring Road to cry for their monthly pension; they no longer cry to their children for stipend to feed. Governor Obaseki has performed creditably well.

“In terms of infrastructure, the governor has exceeded the expectations of the majority of Edo people. Go to the Secretariat Complex at Sapele Road and see for yourself what the governor has done for civil servants. It was during the late Samuel Ogbemudia’s era that the project was initiated, but the Governor Obaseki-led administration has completed it, among other laudable projects in the state.

“The governor has placed Edo on a steady development trajectory, now our Edo is becoming London. To this end, we have unanimously resolved with our executive members across the 18 local government areas to endorse Godwin Nogheghase Obaseki and his deputy Rt. Hon. Comrade Phillip Shaibu for a second term in office to complete their numerous ongoing programmes and projects in the state.

“Also, we want to use this medium to call on all Edo people, our youth, mothers and fathers as well as all elderly persons in the state to come under the Peoples Democratic Party, PDP’s umbrella so that we will vote en masse for Governor Obaseki come September 19, 2020. Don’t waste your vote and don’t sell your voter’s card.”

The vice chair further noted that the elderly are no political harlots, but elder statesmen and that the “the Elderly Persons Association of Nigeria, is a body of consistent men of 60 years and above.”