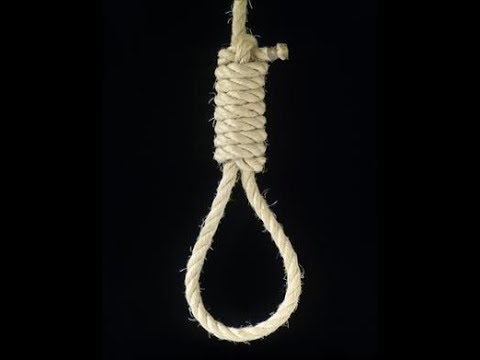 Two men, Elijah Oyebode, 25, and Jelili Raji, 35, were on Thursday sentenced to death by hanging over the alleged murder of Miss Rofiat Damilola Adebisi, a 400-level undergraduate of Osun State University.

An Osun State High Court, sitting in Ikirun and presided by Justice Oyejide Falola, which handed down the judgment, also sentenced to a two-year jail term one Yusuf Ajibade, 28, for allegedly receiving stolen property in the same case.

The trio were arraigned before Justice Falola on November 14, 2017, on three-count charge of alleged conspiracy to commit murder and possession of accessory after the fact of murder, which according to the prosecutor, were contrary to Sections 324, 316 and punishable under Section 319 and S, 322 of the Criminal Code Cap.3 Laws of Osun State, 2002 respectively.

He contended that on the 23rd of December, 2016, the remains of Rofiat Adebisi was later found by the road side along Egbeda/Iragbiji Road.

He further averred, during hearing that Ajibade was arrested for selling the deceased’s phone, an iPhone 5, to one Quadri on the instruction of Elijah Oyebode.

He added that the confessional statements of all the defendants were taken to be true and have also been corroborated by the evidence of Adeyeye Simeon, a police officer and five other witnesses.

Delvering judgement, Justice Falola said that the prosecution has proved its case beyond all reasonable doubt and found Oyebode and Raji guilty of murder and conspiracy and consequently convicted them, but acquitted Ajibade of murder and convicted him of possession of stolen property.

Counsel to the convicts, Mr Suleiman Bello, had pleaded with court to temper justice with mercy.

Justice Falola sentenced Oyebode and Raji to death by hanging, while Ajibade was sentenced to two years for receiving stolen property