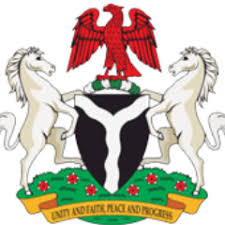 One of the councilors, Matthew Simon Odunaga said, “I am the councilor representing Obi ward, we come from the same ward with the local council chairman. We have many complaints of alleged breach of the constitution by the suspended chairman, Iyamoga.

“The constitution provides that he has to consult the legislature for any expenditure above N500 million, but he has not. He did not present the budget for 2020 and the year is ending. He hides the mace whenever we were about to sit, among many other allegations.”

Mr. Odunaga said when they demanded to sit in the Development Area secretariat because of the personnel conducting biometric data capture, the chairman denied them the legislative mace.

The councilor alleged that after they sat and impeached the chairman, Mohammed Iyamoga, thugs were mobilised to beat and smash their cars, as they left their cars and fled Obi to Lafia, the state capital which is 32 kilometers away.

According to him, eight out of 10 councilors of Obi Local government council voted and endorsed the impeachment.

When contacted, the embattled chairman did not respond.

It was also gathered that about two dozens of police and Civil Defense personnel were guarding the Obi Local Government secretariat as at the time of filing the report.