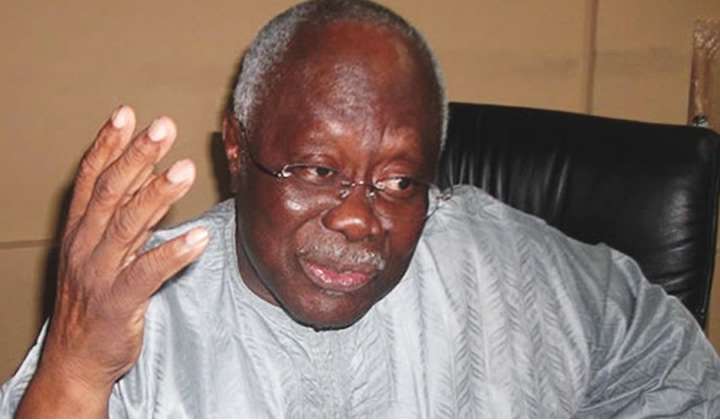 Former Deputy National Chairman, South,  of the Peoples Democratic Party, PDP, Chief Olabode George, has called on President Muhammadu Buhari to without further delay convene a national meeting of all ethnic groups in the country, as a way of tackling the current insecurity plaguing the country.

Saying that at 75, he has never seen Nigeria in the present state of insecurity, George added, “Distrust for tribes, distrust for religions, what for? Show me anywhere in the Koran where you were told that you can kill. Or show me anywhere in the Bible where you were told you can kill. In fact in the Ten Commandments, one of it says though shall not kill. What is going on? The more you spill the blood of somebody created by the God, you pay thrice for.

“My suggestion to President Buhari is this: He should as a matter of urgency call a national meeting, call all the leaders from all the regions for a dialogue. Nobody knows it all. Two heads are better than one. We don’t need the press, just shut down the villa. By the time they spent hours together, they would have spoken the truth to themselves. People will talk the truth to the power, that is it. That is the Africa’s way of drawing us from the debris of hell.“

He must call this meeting now. By the time they talk to themselves, when they come out, you will see a new Nigeria. This country is a gift from the Almighty God. I have been everywhere; there is no state that does not have major resource that they can use to generate income. What of human beings, dem boku like sand.”

Leave Us Out Of Your Imaginary Biafra, Ikwerre People Tells Dokubo