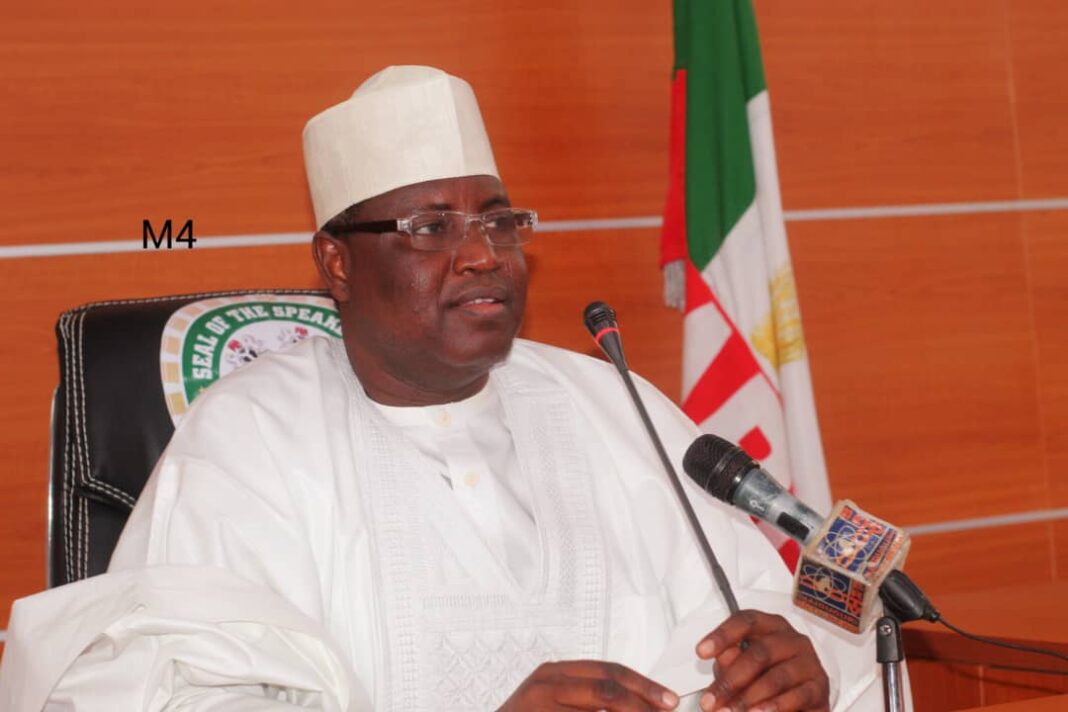 The Borno State House of Assembly on Thursday passed a resolution calling on the state executive to immediately liaise with security agencies, Federal Ministry of Mines and Steel Development and other stakeholders to halt the ongoing illegal mining of minerals, which is causing varying degree of environmental damages and emission in Wuyo, Jaradali and Balbaya villages of Bayo Local Government Area of the state.

The session was presided over by the Speaker of the House, Rt. Hon. Abdulkarim Lawan.

Moving a motion of urgent public importance on the floor of the House, the member representing Bayo state constituency, Hon. Maigari Abare, observed that following the suspension of Order Eight (VIII) of the House Standing Orders, Rules 5(1-4), enabled him to seek support from his colleagues to ensure all illegal mining operations in the affected communities be halted with immediate effect.

He hinted that such activities have caused environmental damages with alteration of the ecological state, air, water and soil pollution.

This is in addition to loss of vegetation, landscape degradation, radiation, emission and further limited access to land for agricultural productivity.

The lawmakers also want the Borno State government to set up a high powered committee to investigate the matter to bring an end to the issue.

They said that the committee, if constituted, would continue to monitor every nook and cranny of the state to fish out illegal miners.

They further argued that the importance of mining can never be over emphasized, as it contribute to the economy and provide job opportunities to the teaming unemployed youths; however, if done illegally, as it is presently taking place in Bayo Local Government Area, may lead to disasters such as economic backwardness, insecurity and all sorts of environmental pollution.

Pantami: Are You Still Surprised?