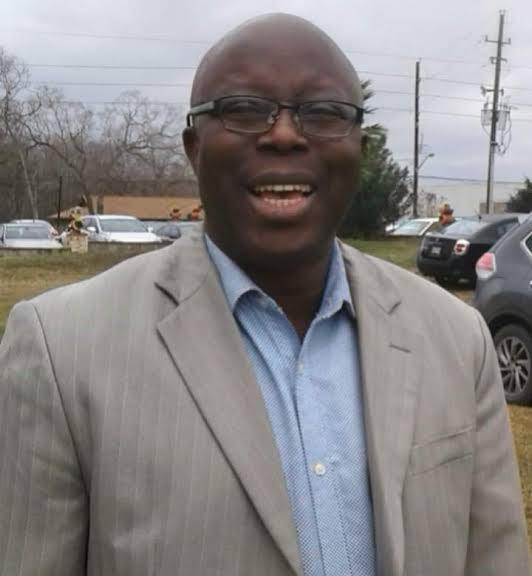 America is at the c r o s s – r o a d s . The fierce struggle for the soul of the most powerful country in the world is up for grabs between the apostles of racial inclusion and protagonists of segregation. The forthcoming November 3, 2020 American presidential election will provide some answers on the future of the country.

The United States has not been as divided as it is now since the foreboding days leading to the civil war of 1861. The fundamental disagreements over political and cultural issues in the land have to be settled one way or the other.

Buffeted by the Chinese struggle for global supremacy, Russian determination to sow the seed of discord, a devastating global pandemic with the U.S. at the epicentre, an economic meltdown and unceasing racial tension, the American underbelly has not been this exposed in recent history.

The America that I see today is not the vision of the country that I have had since childhood. Like many people of my generation, who were born in the 1960s, I have always seen the United States as a strong country enabled by internal consensus and a bulwark of global democracy, opposed to any form of dictatorship.

The divisiveness and internal disorder of recent years seem so strange and unreal. My first trip to the U.S. in 1991 strengthened this notion as a young journalist in the defunct Daily Times of Nigeria, I was nominated as one of the 11 Alfred Friendly Press Fellows selected from across the world to serve six months internship in American newspapers.

I did the internship at the prestigious U.S. News and World Report magazine in Washington DC. After three months, I crossed over to Baltimore Sun and had the rare privilege of covering Dan Quayle, the U.S. Vice President at the time.

The America I saw during that period was an indomitable country, with bi-partisan consensus on fundamental issues despite its multiparty system of government. Yet, I chose not to stay behind at the end of my internship despite tremendous pressure from my newly acquired friends in the United States and well-wishers back home, who felt I was better off staying back.

The combination of cold weather in Virginia, where I lived and Washington DC where I worked, apparent racism against people of colour, and homesickness compelled my return to Nigeria.

My beautiful white girlfriend at the time, Magda, who is now a big shot in Hollywood cried buckets but I refused to stay. Looking back now, I am happy that I returned to Nigeria even if at the time, it did not look like a good idea to some people.

I did not only subsequently rise to the pinnacle of Nigerian journalism in a way that it could never materialize in the United States as a black man with an accent, but I also forged strong friendships across the Nigerian political firmament.

But those were still glory years of America and I was impressed by its economic prosperity, political dynamism, and aversion for dictatorship. Fast forward to 2014 during the Obama years when I decided that I owe my kids the kind of education and exposure that will make them global citizens and broaden their chances of success in life.

There was also a long-held desire for a second home in the United States. America of 2014 was not very much different from the country I greatly admired in 1991 in terms of its global pedestal and prosperity.

It had noticeably become more diverse which itself is probably the crux of a feisty national debate in the United States today. Barack Obama who inherited a depressed economy in 2008 had successfully revived the economy during his two-term presidency and passed on a healthy economy to his predecessor, Donald Trump admittedly improved on the economic success.

Nonetheless, it wasn’t difficult to see the fault lines in the areas of racial animosity fueled by anti-immigration rhetorics as politicians drove the white population into a frenzy over anxiety that minority population could outstrip the white majority and ascend into dominance. The rise of identity politics has polarized politicians and the electorate. Rather than abate, racial tension has increased.

Now America is firmly divided along political lines on the issue of race, immigration and the attendant baggage. The Democratic Party postures as the champion of racial inclusion, while the Republican Party of President Donald Trump unabashedly is on the side of exclusion.

The battle lines are drawn, with hardly any room for a compromise. Political correctness is no longer the vogue in today’s America. Everyone is angry at everyone and nothing happens any longer without both sides adding political colouration to it.

This is not a harbinger of a civil war. At least yet. But lesser contentious issues have been known to bring down empires in human history. The forthcoming presidential election is not just about who wins between Trump and Joe Biden, the Democrats’ presidential candidate.

The election is more about whose political agenda holds sway in the coming years. Whoever wins on November 3 needs to win conclusively, if only to clear doubt about where America is headed. But right now, the political situation is so rough and Third World-like in nature that it reminds me of the rough and tumble of politics in shithole countries.

And that is no credit to the United States.