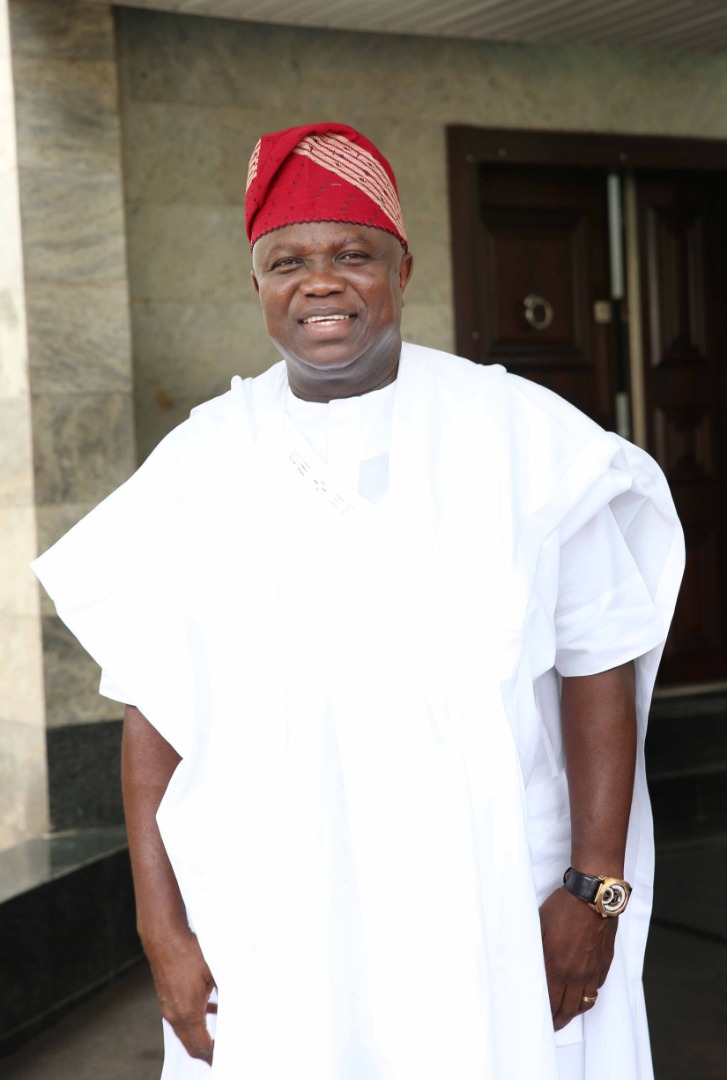 On 14th June 2020, H.E Akinwunmi Ambode, the former governor of Lagos State, will be 57. But as it has been his practice over the years, you are unlikely to easily locate him for celebration of this momentous day.

However, his teeming and loyal supporters will certainly not forget to celebrate a man who re-defined governance in Lagos and touched the lives of so many Lagosians with his indomitable spirit, pragmatism and reform mantra.

There is nobody on this planet that will forget, the iconic Murtala Mohammed International Airport Road, the Oshodi Transport Interchange, the Ajah Jubilee bridge, the Lay-byes, the New Ojodu-Berger junction, the High Capacity transport buses, the Epe transformation, the Onikan arena, the Oshodi Safety arena, the DNA Centre, the Alimosho 21 roads, the five community cinemas/theatres, the Imota Rice Mill, the Lagos Employment Trust Fund, the Lake Rice, the Lagos Neighbourhood Safety Corps, the Epe Jubilee Chalets, the Light-Up Lagos, the LASEMA Rescue Unit, the One Lagos Fiesta, the Johnson, Jakande Tinubu Park, the Lagos City Marathon, the reformed Ayinke House, the Abule-Egba Bridge, the Ready Set Work and Code Lagos, the 114 inner/link roads and several other reforms too numerous to mention. Even his detractors would grudgingly admit in Yoruba about his tenure, “Jẹ ki à sọ otitọ, Ambode ṣiṣẹ;” meaning: “Let’s say the truth, Ambode worked.”

Also unforgettable, is his proclivity for philanthropy and kindness. From his days at practically every major local Government in Lagos State to his tenure at the state civil service, he is reputed to have touched the personal lives of so many people both in and out of government through personal gifts, sponsoring of medical expenses, personal interventions etc. This earned him the Yoruba sobriquet “Babaojuoto” meaning the silent giver that takes care of all and sundry without expecting anything in return.

It has been argued that this often-unheralded philanthropy was shaped by his upbringing, which was particularly difficult after the early passing of his father and the challenges he faced in order to complete his education. He was once heard saying that because of the delays faced with the pensions of his late father, who retired as a secondary teacher, he would ensure that the state pension system was reformed so it could be paid more regularly.

Very few can argue that his ethic for hard work was not legendary. Public servants would remember his ability to call you at any given time of the day or night to answer questions regarding governance. A man whose intellect and reputation as an “ideas man” is first class; Ambode would wake up at 3 a.m. to brainstorm on an idea and would remain awake till the wee hours of the morning fine tuning it until perfection.

A man of deep introspection and loyalty; those who know him well, attest that he is deeply spiritual and has the abiding faith that God always has a plan no matter how daunting it may seem at any given time. Apparently, there have been many instances in his illustrious career where friends and foes have “written him” off as spent, only for another path to be opened by the singular grace of God and people of good faith.

Akinwunmi Ambode remains an enigma to some and an idol for many more, who continue to remember his restless zeal for reform and change for the good of Lagos State.

As the man popularly called “Ambo” celebrates another year, it is our fervent wish and prayer that his spirit is not dimmed by the vicissitudes of life, because many believe that he still has more to offer.

•Olayinka, a journalist lives in Badagry.

DISCOs And The Tantrums Of An ‘Abiku’