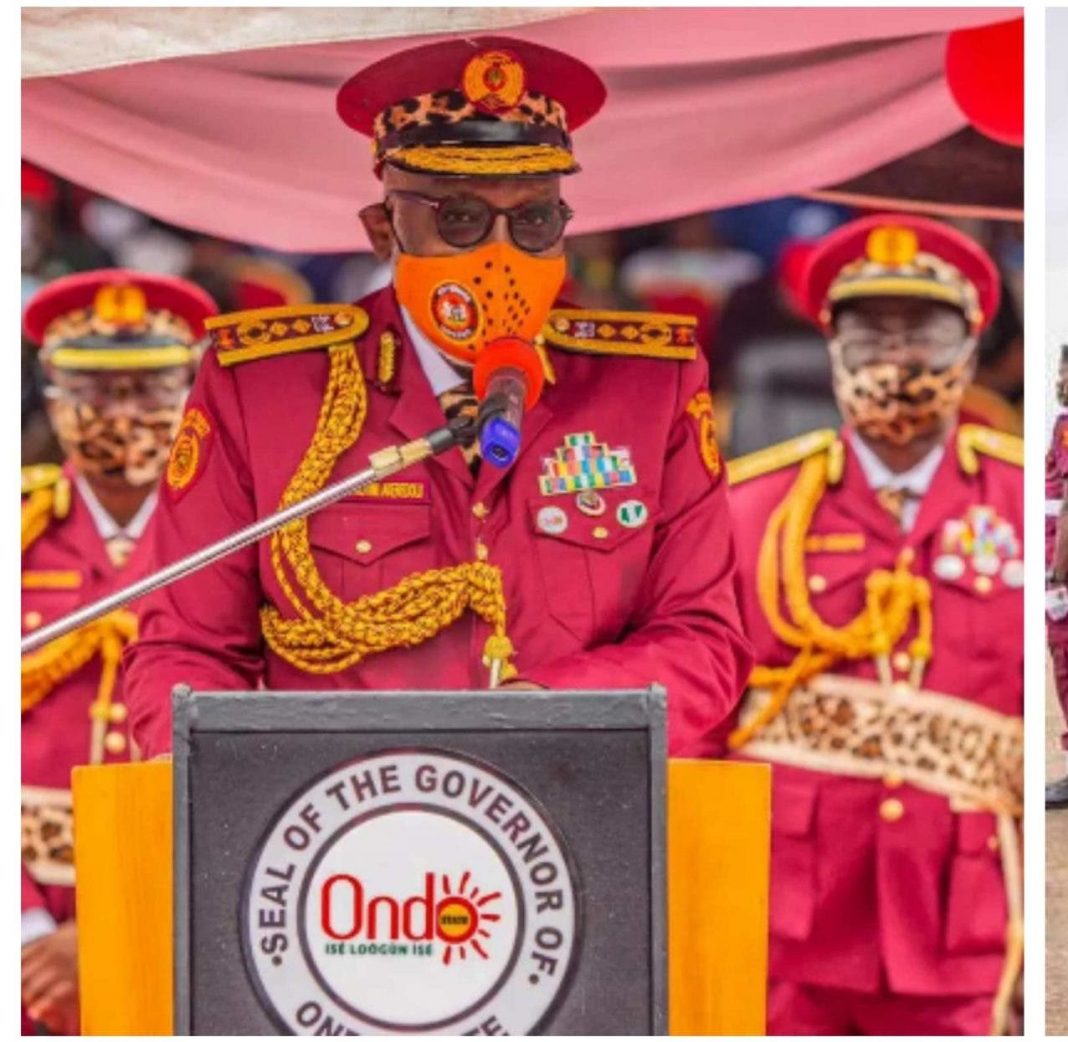 Ondo State Governor, Oluwarotimi Akeredolu, has reiterated the commitment of the governors in the South West geo-political zone to tackle insecurity with the creation of the Western Nigeria Security Network codenamed ‘Operation Amotekun.’

Akeredolu said this while speaking at the 2020 edition of the Nigerian Union of Journalists, NUJ, Press Week, held in Akure, the state capital on Tuesday, emphasising that Amotekun was not in competition with the Police, DSS, the military and other security agencies, neither is it an alternative to them.

Maintaining that Amotekun remained a home-grown response to the escalating and unending incapacity of the conventional state security apparatus to totally contain security threats to the lives and properties of the people, the Ondo governor informed that Amotekun is just a civil and community-based outfit meant to complement the efforts of the Nigerian security services to combat crime.

He averred that the security outfit’s major strength is grassroots intelligence gathering, crime detention and prevention, adding, “Amotekun is the South West Nigeria governments’ affirmation of its belief in the idea of the community policing. We believed the advantages far outweigh the disadvantages. Our current experiences with Amotekun in Ondo State bear full testimony to this.

“As our government has been treating other security agencies, I wish to state clearly that government will continue accord the activities of Amotekun a high priority in order to assist it to succeed in its duties and responsibilities.”

In a lecture, titled: “Contemporary Security Challenges: Is Amotekun Coprs The Way Forward?,”  Amotekun Corps Commandant, Chief Adetunji Adeleye, noted that the challenges of insecurity was a task that everybody must all rise up to address.

He said that no one has all the solutions to the challenges arising from insecurity, hence the need for collaboration with individuals and institutional actors both local, national and foreign.

Ondo Not Part Of Yoruba Agitation For Secession -Akeredolu