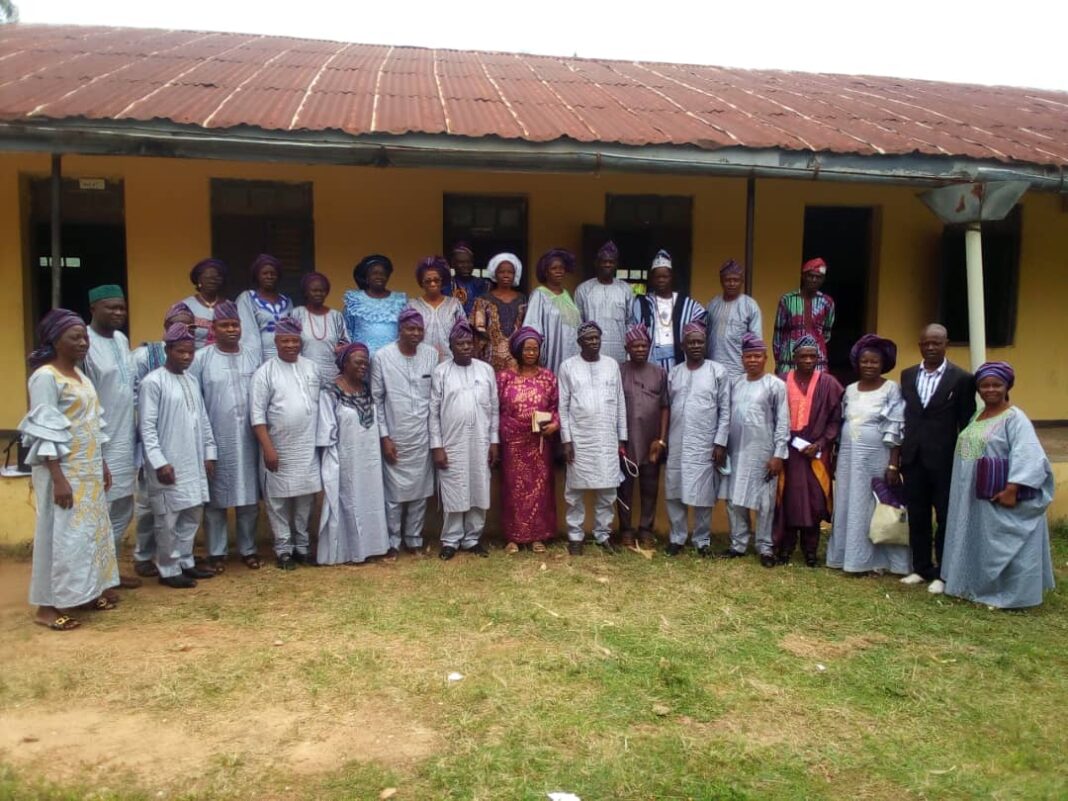 The Class of 1978, of the African Church Teacher’s Training College, Epinmi-Akoko in Akoko South East Local Government Area of Ondo State, the young minds who graduated in 1978, last Saturday returned to their alma mater, 44 years after, for their 2022 Annual General Meeting, AGM.

In a press release by the National Publix Relations Officer of the Epinmi Class of 78, Otunba Dapo Olaosebikan, everyone in the group, now all senior citizens, was very ecstatic for the re-union at their alma mater, despite its change in status to a unity secondary school, in the historic town of Epinmi-Akoko.

The release stated that the National Chairman of the Epinmi Class of ’78, Mr. Benjamin Olukayode Adewumi, JP, welcomed all the attendees at the A.G.M, including the Principal of the now renamed institution, Mr. J.A. Oyeyemi.

Mr Adewumi particularly thanked the chairman of the Local Organising Committee, LOC, of the AGM, Dr. Michael Sunday Aiyerun, for his zeal and dedication.

In his welcome address, Mr. Adewumi, disclosed that Epinmi Class of ’78 came into existence in 2019; with its first meeting in Akure, the Ondo State capital; and has since then waxed stronger.

He urged the members to always support the growth of the group.

In his interaction with the group, the principal of the school, now renamed African Church Unity School, Epinmi-Akoko,Mr Oyeyemi, presented a checklist of the immediate needs of the institution, which the Epinmi Class of ’78 promised to give prompt attention and eventual support to.

The group charged the Federal Government to revisit the reestablishment of the abolished teacher’s training colleges nationwide.

The veteran teachers insistied that progressive and effective education of any nation begins at the primary level, noting that the lack of well-trained teachers at the primary school level, has continued to be the greatest lacuna in our country’s educational system.

The climax of Epinmi Class of ’78’s AGM was the presentation of directional signpost materials to the Epinmi-Akoko community through the Regent of the town, Her Royal Majesty, Princess Olajumoke Okunola Oyekan.

LASUBEB Chair To Pupils, Teachers: Be Grateful To God, As Board Holds 2020 Christmas Carol