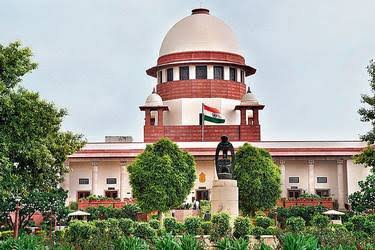 The bench in India has said that judges should be addressed respectfully and not necessarily as ‘My Lord’ or ‘Your Lordship.’

This is reiterating a ruling of the Supreme Court of
January 06, 2014, where the Indian Supreme Court said judges should be addressed in courts in a respectful and dignified manner and that it is not compulsory to call them “my lord”, “your lordship” or “your honour”.

This was reiterated during the hearing of a petition which said addressing judges as ‘my lord’ or ‘your lordship’ or ‘your honour’ in courts, filed by 75-year-old advocate, Shiv Sagar Tiwari, was a relic of colonial era and a sign of slavery.

A panel of judges comprising Justices H. L. Dattu and S. A. Bobde observed, “When did we say it is compulsory? You can only call us in a dignified manner.

Refusing the petition, the court said his plea for banning the use of such terms and directing the courts that the judges should not be addressed in such a traditional manner cannot be accepted.

“How can this negative prayer be accepted by us,” the bench asked, adding, “Don’t address us as lordship. We don’t say anything. We only say address us respectfully.”

“Can we direct the high courts on your prayers? It is obnoxious,” the bench further said, while making it clear that “it is for you to say Sir, Your Lordship or Your Honour. We can’t direct how you have to address the court.

“It is the choice of the lawyer to address the court. Why should we say that brother judges should not accept being addressed as lordship? We have not taken exception when you call us sir.”

The apex court did not accept the advocate’s contention that when the rules of Bar Council of India, making it mandatory to appear in courts in a particular dress code were followed, the BCI’s resolution of 2006, which said that nobody will address the court in India as ‘my lord’ and ‘your lordship’ should also be accepted by courts across the country.