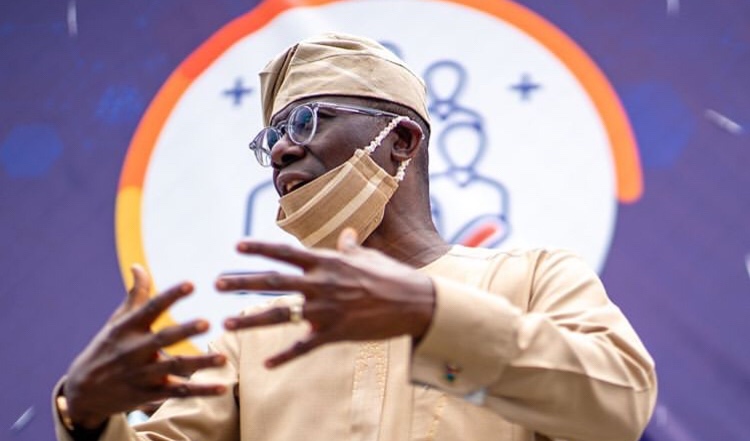 It is mixed reaction and palpable anxiety that pervade among Nigerians as the relaxation of the lockdown of Lagos and Ogun states, and the Federal Capital Territory, FCT, takes off today.

Last Monday, President Muhammadu Buhari had announced the relaxation of the lockdownorder imposed on March 30 in the two states and FCT, with banks, government offices, among others set to resume operations.

Nigerians continue to watch as each state across the federation rolls out guidelines to contain the spread of the novel COVID-19, which cases continue to rise daily; just as they also key into the Federal Government- imposed nationwide curfew, which starts today from 8pm to 6am.

As the economy is gradually opened up with offices opening today, to what extent would Nigerians comply with the mandatory use of face masks, mandatory temperature checks at motor parks, social distancing in commercial vehicles and construction sites?

Also of concern is how to control staff limit in government offices; control crowd in neighbourhood markets; number of customers allowed into the banking halls and provision of hand sanitisers for passengers and less contact with people.

As offices, banks and markets open in Lagos, the state governor, Babajide Sanwo-Olu, on Sunday rolled out new guidelines to gradually unlock the state, even as he insisted that all movements in and out of Lagos remain prohibited, except for essential services.

Speaking at a press conference at the State House Marina, Sanwo-Olu said the measures would last for six weeks, in three phases of two weeks each, and subject to a review.

The new guidelines, numbering over 30, stipulated that all public servants in the state public service should remain at home on Monday, while only critical staff on Grade Levels 15 and above, as well as those adjudged as critical staff by their accounting officers should resume work today.

Meanwhile, all frontline workers across all levels are expected to continue working, while all local government and local council development areas, LCDAs, staff in the state are to remain at home, unless otherwise directed by their council chairmen.

All food markets and stores are to operate on alternate days of Tuesday, Thursday and Saturday, from 9.00 a.m. to 3.00 p.m., while markets and stores selling all other items excluding food will open on Mondays, Wednesdays and Fridays.

Sanwo-Olu said, “Private sector companies and businesses will be permitted to operate within a limited framework. What this means is that offices and businesses are allowed to open only between 9.00 a.m. and 3.00 p.m. daily; and must limit the number of staff on the business premises to no more than 60 per cent of full capacity, at any point in time.

“Offices that choose to have some of their staff come into the office must also put in place adequate and complete arrangements for the daily transportation of these staff, to and from work, to reduce the risk of exposure to infection while commuting on public transport.”

While banks and other financial institutions are allowed to open their branches and offer full complement of services to the public, they must ensure compliance with all directives regarding maximum office capacity and physical distancing.

The governor added that manufacturing and construction companies would be allowed to operate between 9.00 a.m. and 6.00 p.m., and any one of them which needs to operate outside these hours must obtain a state government waiver.

He said, “The issuance of these waivers will be conditional upon a firm commitment from the applying company that it will make adequate and complete arrangements for the transportation of staff between their homes and places of work.”

Furthermore, eateries and restaurants would be allowed to open between 9.00 a.m. and 7.00 p.m., but only for take-out and delivery services, as in-dining services remain banned.

The guidelines also stipulated that places of worship, formal or informal, remain closed to any form of assemblage or congregational services, until further notice; the prohibition placed on worship places also extends to all forms of religious gatherings that may be conducted within homes, such as communal Tarawih prayers, or house fellowships.

Other guidelines read, “All schools, at primary, secondary and tertiary levels remain physically closed. Private school proprietors and parents/guardians are encouraged to meaningful dialogue regarding the delivery of education through various online and digital channels and, very importantly, the cost implication of same.

“Hotels are to remain closed till further notice. However, those hotels being used by the state government to accommodate frontline medical personnel, as well as those designated and being used as quarantine and isolation centres are wholly exempted from this directive.

“Any hotel that is not exempted from this directive and is found to be open or operational will not only be sealed but will be prosecuted by the Lagos State government.

“Commercial/commuter operations within Lagos State shall be between the hours of 6a.m. and 7.00 p.m. daily. This applies only to motor vehicles. All commercial motorcycle operations in Lagos State are hereby suspended until further notice. Tricycles operating in unrestricted areas must not carry more than two passengers per trip.

“Water transport operations shall, however, be restricted to the period between 6.00 a.m. and 6.00 p.m. daily.”

Sanwo-Olu added that directive on the conduct of funerals remains in force, even as he said that all  families with pending funerals could go ahead, but with no more than 20 persons present, including the officiating religious leaders.