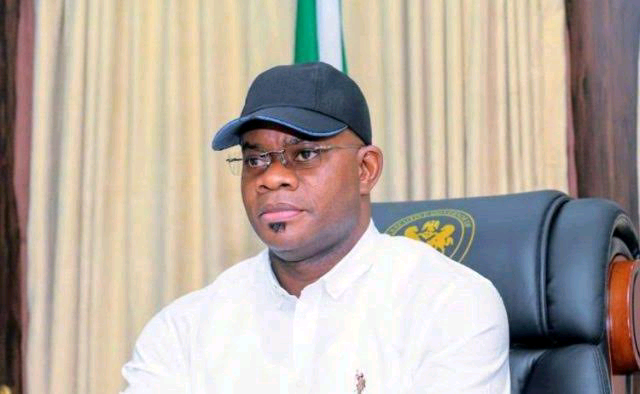 A support group for the presidential ambition of the Kogi State governor, Yahaya Bello, All Nigerians United For Yahaya Bello Organisation, ANYABO, has berated the 17 governors of Southern Nigeria for advocating that the next president of Nigeria must come from the South in 2023.

ANYABO, in a press release issued from its national headquarters in Abuja on Tuesday, and signed by its National Chairman, Saidu Bobboi and National Coordinator, Mr Adebayo, seriously kicked against what it called “unnecessary heating up of the polity by governors who should have been busy with solving the myriads of the challenges confronting their states but chose to concentrate on political subterfuge.”

Recall that the 17 governors of Southern Nigeria had met in Lagos on Monday, July 5th, to deliberate on a wide variety of issues and one of their resolutions contained in the communique issued after the meeting was that Nigeria’s next President must emerge from the South, considering the fact that a Northerner had been the President since 2015.

This call, however, has not gone down well with many politically exposed personalities from other zones of the country, and ANYABO, a pan-Nigerian political mobilisation group with members from all the nooks and crannies of Nigeria, irrespective of ethnicity, religion or creed, and which strongly supports the presidential ambition of the youngest governor in the country, Governor Yahaya Adoza Bello who is from the North Central, has vehemently opposed such a call by describing the moves by the Southern governors as an attempt to sabotage democracy “in a bizarre and totally unacceptable manner.”

ANYABO further said, “It has come to our attention the call by the 17 governors of Southern Nigeria that the next President should be a Southerner. One critical factor these governors failed to realize is that in a democracy, outcomes of elections are fundamentally dynamic and, therefore, cannot be predetermined. If the outcome of an election is predetermined, then the crucial elements of democracy must have been criminally compromised – it ceases to be a democracy. What the governors are suggesting is a coup against democracy and freedom of choice freely guaranteed by the 1999 Constitution of the Federal Republic of Nigeria as amended.

“You cannot predetermine the outcome of an election two years prior or disqualify entire sections of the country from exercising their rights to freely participate in an election, either as candidates or vote in an election as electorates. That is a coup against democracy and the people of Nigeria and a clear sabotage against democracy in such a bizarre and totally unacceptable manner. It is a provocative gangup against millions of Nigerian voters, who will be excluded from exercising their constitutionally guaranteed rights to freely choose their President in a free and fair election, but would rather be forced to pick from a limited set of choices, whether it pleases them or not.

“Pre-zoning of public offices in an election is not only strange to our Constitution, but essentially antithetical to the fundamental principles of democracy, justice and freedom of choice. No democracy in the world bears such crude anomaly.

“Our position is that all Nigerians from all sections of the country, who are constitutionally qualified, should be allowed to test their popularity and capacity in the 2023 presidential election. The question is do the governors represent the opinions of the people of their states? The answer is a resounding No! Most of these governors aren’t even popular back home, because they have not been able to deliver the dividends of democracy to their constituents.”

ANYABO pledged to mobilise thousands of Southerners to the national headquarters of the All Progressives Congress, APC, in Abuja in the next few days to ask the party’s leadership not to succumb to the Southern governors’ attempted blackmail, but must ensure a level playing field for all qualified party members interested in running on the party’s platform for the highest office in the land, irrespective of their region or religion and to impress it upon the party’s leadership and all Nigerians that the governors did not represent the opinions of the mass of Southerners, who are in love with Governor Bello and rooting for him to run for the presidency in 2023.

Insisting on and propagating the political gospel of the Kogi State governor, as the next best thing to happen to Nigeria, ANYABO said that it would do everything within the confines of the law to mobilise Nigerians in their millions to vote Bello as Nigeria’s next president, “because of his outstanding pedigrees as governor, his incredible capacity, his exemplary personality and his audacious engagement of socio-economic challenges in his state, that has brought peace, security and development to his state.

It described Bello as a creative and excellent manager of people, materials and situations, saying, “Yahaya Bello carries an enigmatic persona unmatched in vision, capacity, unique leadership and political sagacity.”

CompassNG, however, can confirm that up till now, Governor Bello is yet to publicly declare his presidential ambition, but many groups, of which ANYABO is a major one, have been mobilising public awareness and support for the youthful governor, who ANYABO says has performed what is akin to governance miracles in Kogi State.