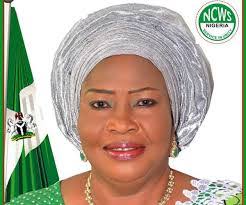 Stakeholders canvassing the implementation of laws to protect women and other vulnerable groups have said more voices still need to speak in support of the protection of women and their rights.

This followed notions by stakeholders at a one-day stakeholders forum over the weekend to fast track the passage of Violence Against Persons Prohibition Act, in Adamawa State, that laws seeking the protection of women are often being viewed with suspicion.

She noted the need for consensus building so that all sides can go beyond culture and the religious sensitivities, which have hindered laws protecting women and girls from being implemented.

She said, “In view of the growing discrimination against women in education and employment, there’s need for all sides to go beyond culture and religious biase to ensure laws protecting women and girls are implemented and domesticated.

“But to be able to be able to break through, we need the understanding of traditional and religious leaders in the region. By bringing more voices to speak up for the protection of women and their rights.”

She also noted that at the level of the NCWS, the members wholeheartedly support the implementation of legislations protecting women and the girl child as encapsulated in as VAPP Acts, Child Rights Acts and Gender and Equal Opportunities Bill.

Programme Officer, Global Women for Quality and Sustainable Development, GWSD, a VAPP project in Adamawa, organizers of the stakeholders forum under the EU-UN Spotlight Initiative, Milkah Gaman, said that the aim of the meeting is to get more voices in support of implementing laws protecting women in the state and the North East region, which cannot happen without them.

She said that over 150 persons in the state have been trained to add their voices towards the implementation of VAPP Act in Adamawa, adding that the hurdle in implementing laws protecting women and girls right is requiring more voices that way the government could hear those voices.

She said, “The possibility of implementing the Acts and other bills seeking the protection of women and the girl child, in Northern states is slim; that is why we are collaborating because there are those who would not only slam those behind it, but also attack its passage as being anti-Islam.

“From our conversation with the Attorney-General of the state, what is stopping the bill from being passed, is a portion of the bill which says a girl should get married at 18 with her consent; which is contradictory to the norms and practices in Islam. So, they are trying to see how they can adjust the draft bill so that it can be in line with the norms and religious practices of the people.”

How We Re-Arrested Kanu -FG