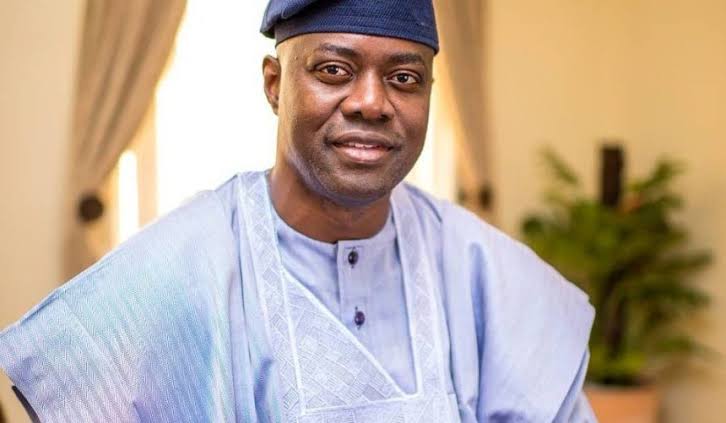 Facebook
Twitter
Pinterest
WhatsApp
Email
…Commissions State’s ICPC Office
The Oyo State governor, Engr. Seyi Makinde, on Wednesday, declared that his administration has been deepening the war against corruption in the state.
Makinde, who stated this during the commissioning of the Oyo State office of the Independent Corrupt Practices and other related offences Commission, ICPC, maintained that realizing that the focus of his administration to transform the state through the four service point agenda would not succeed if corruption was allowed to retain its hold on the system, he took the fight against corruption seriously.
This much was revealed in a statement signed by the Chief Press Secretary to Governor Makinde, Mr. Taiwo Adisa, where the governor, who was represented at the commissioning by the Secretary to the State Government, SSG, Mrs. Olubamiwo Adeosun, said that the open declaration of his assets, which was beyond the requirement of the 1999 Constitution, as amended; the presentation and signing into law of the Oyo State Anti-Corruption Bill, and the inclusive budgeting approach employed by the government towards the preparation of the 2020 budget, among other efforts, showed that the state would not condone corruption.
He said, “In the last nine months, our administration in Oyo State has flagged off the Four Point Service Agenda that captures the human existential realities. We are determined to take our people from poverty to prosperity through clear focus on Security, Health, Education and improved economy through agriculture value chain.
“But we cannot really go far in achieving our objectives if we allow corruption to maintain its hold on the system.
“That is why we are not mincing words on this issue and that is the reason I have offered to wave my own immunity if there is any reason to call me to question.”
While commending the ICPC, Governor Makinde, noted that his administration shared the same viewpoints with the commission on the war against corruption, adding, “I must commend the ICPC for the studious methods it has adopted in carrying out its three-pronged mandate of enforcement, prevention and public education thus far.
“That has led to the conviction of many public officers and the prosecution of many more.  I have also been made to understand that in the area of prevention, the ICPC has carried out systems study and corruption risk assessment of a number of government agencies, while it has equally been involved in anti-corruption sensitization drives.
“I am sure that in doing that, the Commission is taking a cue from the popular cliché ‘prevention is better than cure,’ because corruption does not just retard the progress of nations, it kills ideas, vision and lead to the death of many.
“Ahead of the preparation of the 2020 budget of this state, this government flagged off the Inclusive budgeting procedure, which enables a bottom-up approach in the budgeting process, rather than the usual practice where projects are merely handed down the local population without their faintest input.
“It is interesting to note that the inclusive budgeting procedure or call it the engagement of citizens on governance at the local levels is one of the cherished programmes of the ICPC.
“This shows that the government of Oyo State and the ICPC really have a lot in common. We know you are experienced in this sector and our upcoming agency will not hesitate to learn from your Commission as it sets out for the onerous task of cleaning up our systems.
“By also declaring my assets openly, something that is a step above the requirement of the 1999 Constitution, as amended, I have set an example that we will not condone any form of corruption in this state.
“I can only ask the ICPC and every anti-graft agency in the country to sustain the level of collaboration we have built and together we shall deliver for our people.”
Earlier in his speech, the ICPC chairman, Professor Bolaji Owasanoye, expressed pleasure at what he described as the auspicious occasion of the commissioning of the first prototype ICPC office in Oyo State, calling on the government and people of the state to collaborate with ICPC and own the fight against corruption.
He called on the residents of the state to report all acts of corruption, noting that anti-corruption agencies alone cannot effectively win the fight without them.
Similarly, the chairmen of the Senate and House of Representatives Committees on Anti-Corruption and Financial Crimes, Senator Suleiman Kwari and Hon. Sheu Garba, expressed delight at the commissioning of the edifice.
They noted that the fight against corruption has become more imperative in the face of the destructive tendencies and how it has continued to inhibit the progress of the country despite its massive human and resources endowments.