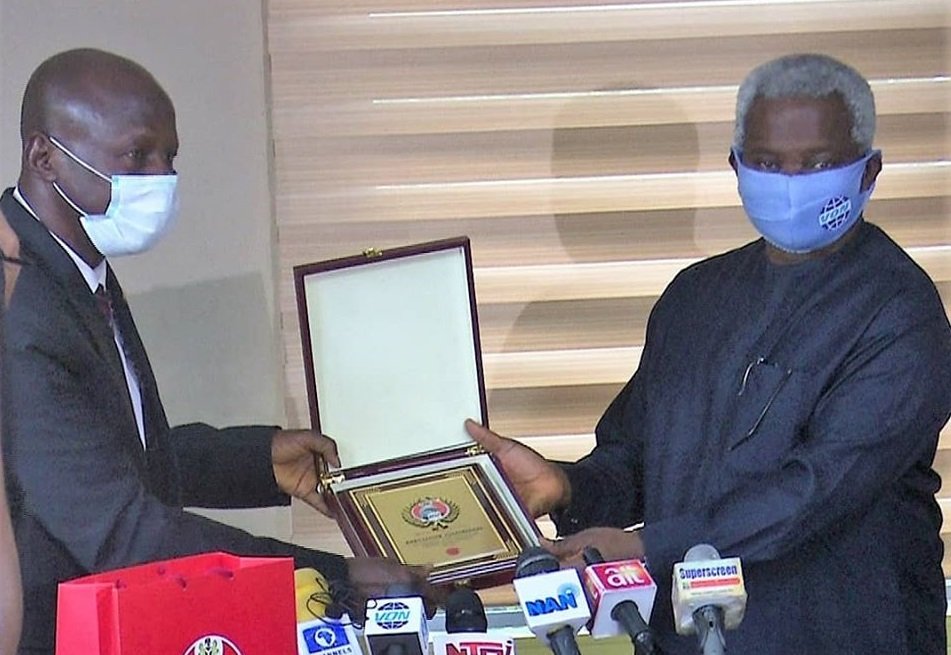 The Director General, DG, of Voice of Nigeria, VON, Mr. Osita Okechukwu, has called on President Muhammadu Buhari to reforward the name of the acting Chairman of the Economic and Financial Crimes Commission, EFCC, Mr. Ibrahim Mag,u to the Senate for confirmation as the substantive head of the anti-graft agency.

Okechukwu made this call on Wednesday, June 17, in his office in Abuja while hosting Magu, who paid him a courtesy visit, saying that the magnitude and latitude of impact the EFCC has made in the last five years, under the watch of Magu, showed that greater impact could be made in the war against corruption, if the government confirms his appointment.

The VON DG said that for Magu having passed through the crucible; having contained the furnace of corruption merchants that fight back on a daily basis, and having endured the murder of his Police guard and all manner of atrocities, “we earnestly plead with Mr. President to please confirm Magu’s chairmanship of the EFCC. The confirmation, we reason, will spur Magu to cover harder grounds and assuage those who cite lopsided anti-graft war.”

Expressing appreciation to President Buhari for approving the ownership of a forfeited property for the Voice of Nigeria, VON, thereby making the media outfit a landlord, Okechukwu added, “In 2019, by God’s grace, VON became a landlord, the owner of this imposing corporate headquarters, courtesy of President Buhari’s anti-graft war, in which Magu is a frontline commander. Without your dexterity and selfless service, we could not have been a prime beneficiary of this historic anti-graft war.”

Responding, Magu expressed humility and appreciation to God, who made it possible for VON to benefit from the impact of the President’s anti-graft war, expressing the resolve to carry on the mandate thrust on the EFCC with greater strength and courage.

He said, “I feel highly honoured, but humbled as well, by the comments made by the Director-General,  Mr. Osita Okechukwu, on the efforts we are making at the EFCC, to confront and conquer the menace of  corruption in our nation.

“I thank the Almighty Allah for granting us strength and courage to do the work.  We are modest in stating our achievements because we are getting impressive results every new day.  We have more successes than the available reports of our efforts in the public domain.

“We will continue to do our best. We will also continue to urge our fellow Nigerians to see the anti-corruption fight as a collective fight. It is only public ownership of the anti-graft war that can offer every Nigerian the involvement needed in the war.”

Ooni, Naomi: Not Yet ‘Uhuru