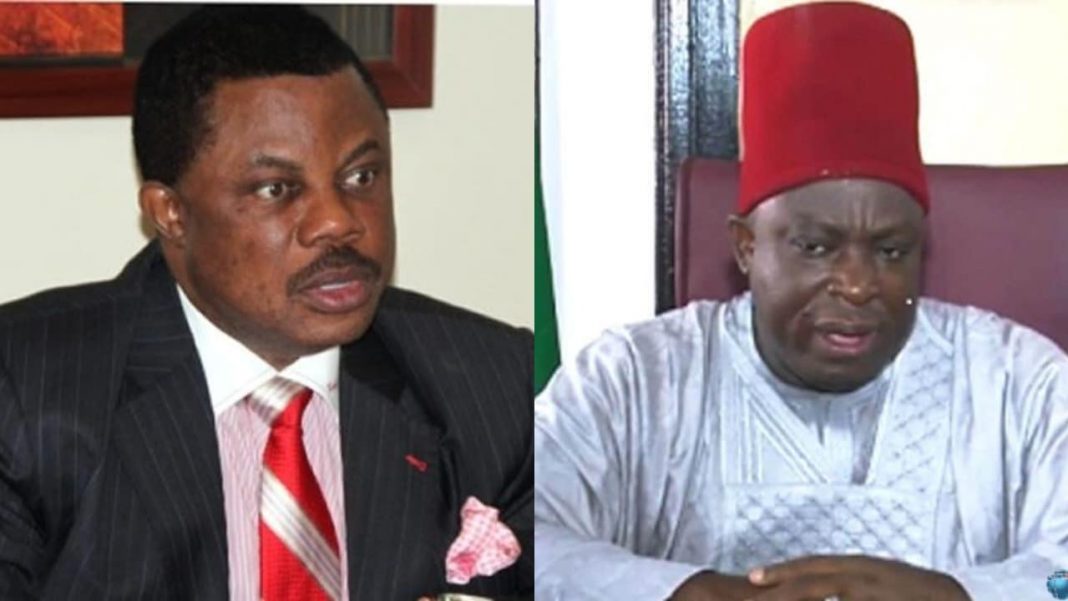 Former Vice Chairman, Senate Committee on Labour, Employment and Productivity, Senator Victor Umeh, has commended the governor of Anambra State, Willie Obiano, of the All Progressives Grand Alliance, APGA, for the laudable achievements recorded by his administration, since he took charge of the affairs of the state six years ago.

Umeh, a former National Chairman and strong pillar of APGA and staunch ally of the governor, said Obiano has done excellently well in the management of the resources of the state, arguing that it would be difficult for anyone to beat his record.

Noting that the governor has turned around the fortunes of the state with the level of infrastructural development carried out under his leadership in the last six years, the former senator who represented Anambra Central in the 6th Senate said, “No doubt, Governor Willie Obiano has done very well in the provision of various Infrastructures in Anambra State!

“I have been here over the years and therefore in a position to compare and contrast! When everything is put together in all the sectors for everybody to see, his record will be difficult to beat!

“May the Almighty God help him to achieve his remaining goals for the state in the remaining two years of his administration!”

Obiano became the governor of Anambra State on March 17, 2014. He has two years left to complete his second and final term in office.

We’re Unaware Of Sale, Concession Of Some National Assets -Senate