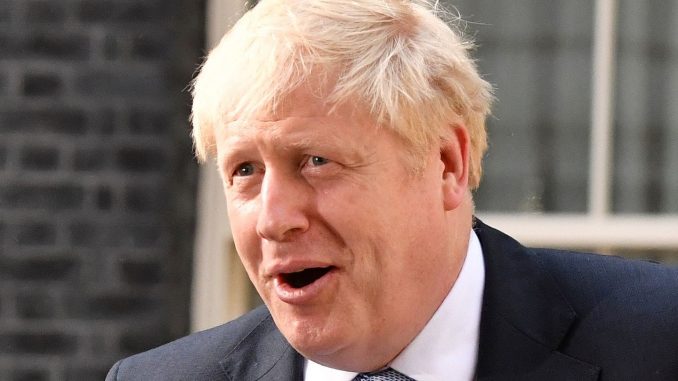 The British Prime Minister, Boris Johnson, has announced the widest loosening of the lockdown in United Kingdom, as he has freed millions of people to see their lovers or family members, like grandparents and grandchildren without social distancing.

Effective Saturday, two households in England will be able to form ‘support bubbles’ allowing them to meet indoors and stay overnight together, without measures like the two-metre rule applying for the first time in months.

However, in a move which will dash the hopes of many people, one of the two households in the bubble must be either a single person living alone or a single parent with children.

And the implication of this announcement by Johnson is that the sex ban which began at the beginning of June, despite a general easing of the lockdown, will for some people be scrapped.

Older people living alone will be able to go and stay with their children, or have their grandchildren to stay at their own homes to help with childcare.

This lifting of ban also means that single parents can do the same with their own parents – or another single parent – to make it easier for them to juggle work and their families.

Making the announcement Wednesday evening at a Downing Street press conference, Johnson said that the move was designed to help UK’s ‘many lonely or isolated people’ who are seen as struggling the most during the months-long lockdown.

Meanwhile, the plan does not allow two-parent families to form a support bubble with another similar family; and it also means that thousands of married couples struggling to hold down their jobs and home-school and care for children will still have to go it alone.

And in another restriction, households cannot be in more than one bubble, meaning some agonising choices to be made. Additionally, if any members of a bubble come down with coronavirus symptoms, all members of the bubble will have to self-isolate for 14 days as per current advice.

There is no limit on the distance between the two homes in the bubble. Local homes would be preferred but officials accept this is not always possible.

But questions are likely to be asked over how well the scheme can be policed, with No 10 admitting it will be ‘based on trust’.