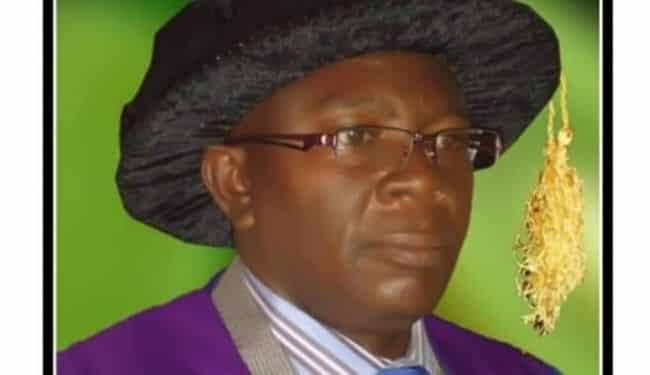 A senior consultant with the University of Ilorin Teaching Hospital, UITH, Prof Salami, has been suspended indefinitely for alleged unethical conduct.

Prof Salami was alleged of dubiously facilitating the admission, management and eventual release of the corpse of a suspected COVID-19 case at the hospital, thereby allegedly putting the lives and wellbeing of a sizeable number of healthcare workers and patients at the hospital at risk.

At a press briefing on Tuesday, the CMD disclosed that despite all measures put in place by the hospital to forestall, prevent and even manage COVID-19 in compliance with global standards, “we were taken aback to discover how a very senior consultant of this hospital had facilitated the admission of a suspected case of COVID-19 at the Accident and Emergency section of the hospital on the night of Wednesday, April 1, 2020.

“Already, all UITH staff with close contact with the deceased patient on the night of his admission, or his corpse have been ordered to proceed on self isolation. Besides, the ‘A and E’ ward and the ambulance used to convey his corpse to Offa had been promptly fumigated.

“Without belabouring the narrative that led to the unfortunate incident, I humbly request you to use channels of your various media to help convey the remote and immediate decisions we had taken on the Professor who facilitated the admission of the patient.”

While disclosing that Prof Salami is placed on immediate suspension by UITH management, “as a Senior Consultant in the hospital, bothering on his unethical conduct in the admission, management and eventual release of the corpse of the suspected COVID-19 patient, who died in the hospital on the 2nd of April, 2020,” Prof Yusuff added, “The UITH management has also constituted a Medical Investigation Committee on the COVID-19 suspected case.”

According to the CMD, the committee is saddled with the responsibility to “investigate the allegations that the CONVID-19 suspected case that died on April 2nd, 2020 that was brought in by a relative who is also a member of staff (Professor A. K. Salami).”

The committee will also “investigate the process of admission, management and eventual release of the corpse; and the motives behind the concealment of accurate information provided by the patient’s relative.”

Other responsibility of the committee, according to Prof Yusuff, is the determination of the “culpability of the patient’s relative involved; and make appropriate recommendations to forestall future recurrence of the act.”

The committee is to submit its report within a week from the date of its first sitting.