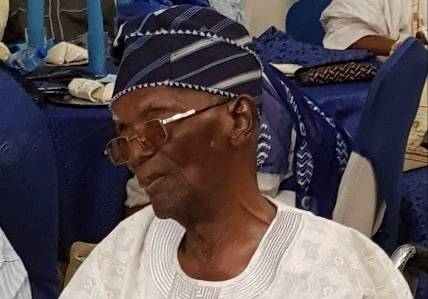 I am saddened, touched and disturbed by the passage of Justice Isiaka Oluwa. He was a good man. He was a Lagosian original, predicated on truth, fearlessness and justice.

He feared no one. He embraced everyone: The downtrodden, the trampled, those who had no voice.

There was a certain defiance about this man, a certain certitude of purpose; a deliberate insistence on ensuring that the truth must be told all the time; no matter whose ox is gored.

He was brave, indifferent to the tools of animadversion; he confronted the tools of power with the typical Lagosian aura; he was locked with firm, logical attestation that the truth must always be told.

He was a rarity; almost strange, audacious, frank, assertive, who challenged the evil of the hour without self-protectiveness.

He was indifferent to personal comfort; he lived for all. He was our leader, our Baba, who did not compromise the truth. He was the representative man, a good Lagosian, who represented us all. I cannot forget my personal engagement with this good man.

He could be calm, casual, purposeful, determined, resolved on the good cause.
He never, never never battered with evil. He confronted the faces of evil and dark leadership with bold bravura. He was unusual, kind, indifferent to personal acquisition. He lived for all.

Lagos has lost a son; I have lost a valuable Baba. He wore alone, an armour of defiance before the oppressors’ woes. He was a scourge before the tyrant’s lash.

I, Chief Olabode George, benefitted from his selflessness and his wisdom. May he find repose in the bosom of the Lord.