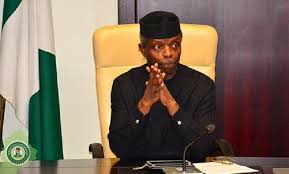 Nigerians have been urged to ignore fake rumours about the whereabouts of President Muhammadu Buhari and his vice, Prof. Yemi Oeinbajo, SAN.

Senior Special Assistant to the President on Media and Publicity, Office of the Vice President, Laolu Akande, while reacting to rumours and fake news circulating in the social media space on Saturday in Abuja, said he had made an Instagram post in which he gave an insight on the Vice President’s activities in the past few weeks.

Akande averred that Osinbajo has been attending to official state matters, especially, on how to improve Nigeria’s economy.

Akande added that the Vice President on Thursday met with the governor of the Central Bank of Nigeria, CBN, Godwin Emefiele; the Kaduna State governor, Nasir El-Rufai; and some ministers via video conferencing.

Akande had said on Instagram, “I was with my boss, the Vice President, last night in his office, reviewing some of the events of the week.

“By the way, continue to ignore professional fake news conduits, who share fictions about the whereabouts of the President and his Vice.

“For instance, on Thursday the Vice President held a video conferencing meeting that included the governor of Kaduna, Power and Finance ministers, the CBN governor and other government officials on how to expand electricity in the country.

“The work goes on, and Nigeria will surely prevail. We will do it together.”

Recall rgat in recent times, some reports have raised concerns about the whereabouts of Osinbajo since the outbreak of the COVID-19 pandemic.

Also, presidential Special Adviser on Media and Publicity, Femi Adesina, had recently explained that Osinbajo had been busy working with the Economic Sustainability Committee, ESC.

The ESC was constituted by President Buhari on March 30 to develop a clear economic sustainability plan until 2023 and tasked with identifying fiscal and monetary measures to enhance oil and non-oil revenues in order to fund the plan; develop a stimulus package and come up with measures to create more jobs while keeping existing ones.