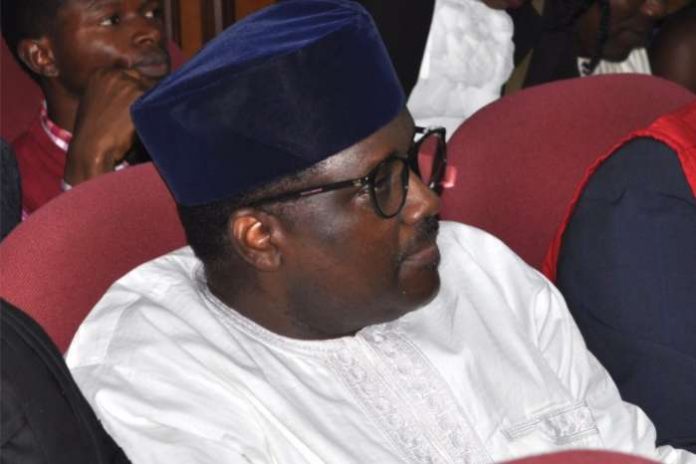 The erstwhile chairman of the pension reform task team, Abdulrasheed Maina, has been asked to submit himself for the continuation of his trial so that the current national embarrassment faced by Senator Ali Ndume is smothered before it gets out of hand.

Giving the advice was a cousin to the former pension boss, Mallam Aliyu Maina, in an interview with newsmen.

Senator Ali Ndume has been remanded in Kuje prison for failing to bring Maina, who was supposed to appear in court last Monday

Mallam Maina, a first cousin to Maina, said Senator Ndume had staked so much for Maina, and it’s sad to see that he is now paying the price for helping a fellow constituent.

Calling on Maina to save the situation, avert further damages to his case, and make himself available so that the matter can be taken to its logical conclusion, Mallam Maina said, “I have talked to Senator Ndume and some of his aides on a number of occasions and I assured them that Maina would be available in court as soon as he recovers, but sadly, he never did. I have not set my eyes on him for over three months now as he has virtually avoided everybody.”