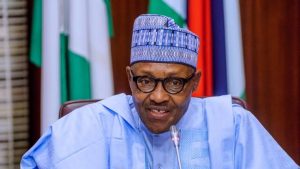 In a well written article titled ‘Buhari And Electoral Reform: The Unspoken Truth’ by a former presidential candidate of the All Progressives Congress, APC, Mr. SKC Ogbonnia, he challenged President Muhammadu Buhari to live up to his promise to reform Nigeria’s electoral system.

Ogbonni’s primary theses was that both PMB and his rival, Mr. Atiku Muhammed, violated the financing protocols of the 1999 constitution as amended.

Mr. Ogbonnia added, “An apparent paradox, however, is that, even if Buhari and Atiku were to be barred and jailed in the process, lack of funding ostensibly made it impossible for any of the minor candidates to garner enough votes or the electoral spread to claim outright victory or to even explore a second round of the election as required by the law”.
Mr. Ogbonnia’s views are supported by many Nigerians who want a reform of the country’s elections and electoral system. Also the need to get money out of politics is the subject of discussion in all presidential systems.
The United States has been fighting this war for at least three decades in electioneering campaigns and in courts, but the more the battle is waged, the more money seems to get into politics.
Currently in US politics, two billionaires have entered the competition, vowing to spend as much as a billion dollars of their enormous wealth to win the presidency. Note that it is their money and nobody can stop anybody from spending their money whichever way they want.
If the billionaires spend the money and purchase the presidency, (or even if they lost this time), the result is likely to be that during the next rounds, more rich people would get into the hunt, and the days when a Barack Obama will get into the pursuit, relying only on collecting $25.00 from peasants will be over. We will have to choose just which aristocrat we want as president.
Retail politics will be dead.
This why Mr. Ogbonnia’s essay need much more fundamental review. Huge expenditures are absent in other electoral systems, for example, in the parliamentary elections, (Britain, Australia, Canada, Israel), expenditures are very small by comparison. Same for communist systems. Most dictatorships do not even bother with elections.
Why are elections in a presidential systems so expensive?
Two major factors make elections in a presidential system expensive. One is that the national nature of the elections. A candidate must get his/her message across the entire country. This requires buying and advertising in all markets from Boston to Los Angeles, or from Maiduguri to Lagos. One must crisscross the country, requiring renting an airplane and establishing huge staffs in each state to take care of understanding local issues. One needs a huge staff at headquarters.
The second major factor is that in the presidential system of government, there are two elections fused together. The primary election is a national election, as one must win in many states, and therefore candidate’s time is used as if there is already a general election and eventually there is the national elections. Travels of staff, hotel accommodations, feeding, presents to important locals etc. All these are repeated at the national election.
Then there is the length of time, necessitated by the fact that all states need to be covered. In the USA, it takes two years and in Nigeria it takes one year, during which one may take a leave of absence from his regular business or pay lousy attention to his affairs. That is money.
So even if each candidate is frugal, the total cost is still overwhelming.
What this means is that in order to run, one must raise a lot of money. And spent money must be recovered, and usually this is one of the main causes of corruption. The Igbo say that if you want to understand the real cause of murders, one must go Achi or Awka – where black smiths live (the manufacturers of murder equipment).
To fight corruption one must look into political activities.
Presidential system of government CANNOT be reformed. It should be cast away in its entirety. I posit that Nigeria should go for the cheaper form of government, the parliamentary system. 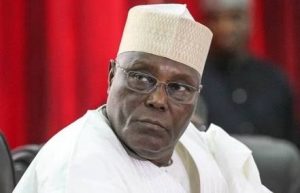 In a parliamentary system, the elections are all in very small constituencies. A candidate can even do a good campaign relying on his bicycle. A constituency could be just as the one where House Representatives are elected. A car is almost a luxury. The elections are usually over and done with, in two months. TV ads are not needed and hand bills and posters do the advertising. Local radios take over the national TV shows.
It is retail politics. Therefore any mom or pop can get into it. The money spent can be easily made up again without looting the treasury. And citizens have more input.
Let us therefore throw away the wasteful presidential system of government and go back to the parliamentary system from which we grew up.
Please read SKC Ogbonnia’s treatise.
*Aduba writes from Boston, Massachusetts