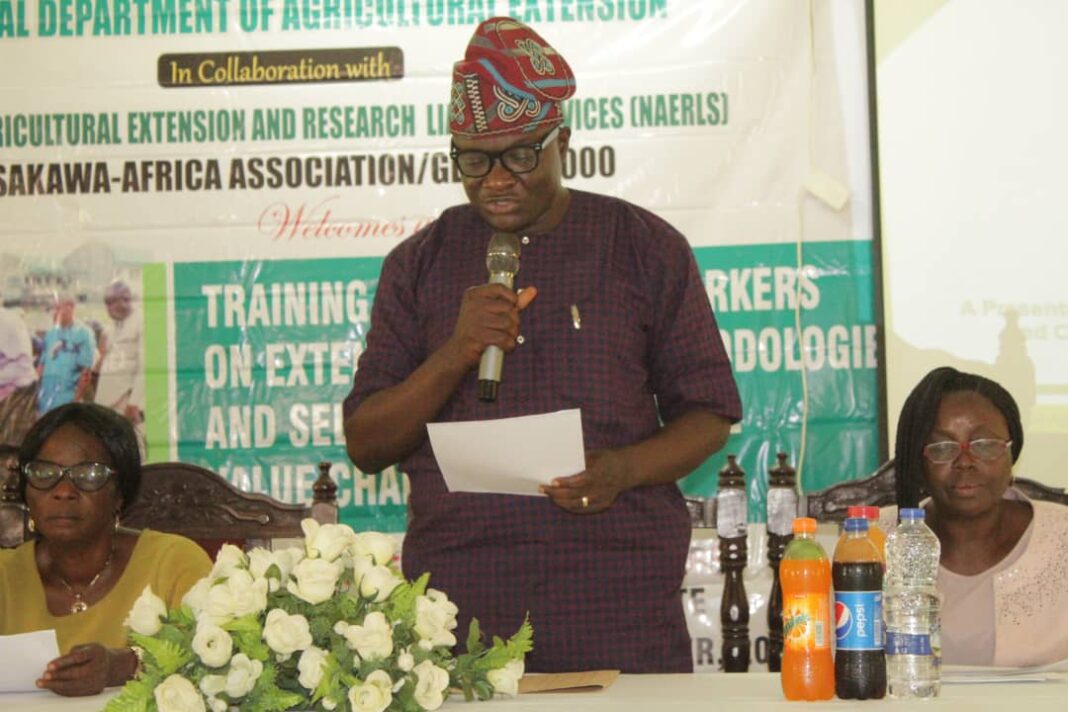 The Oyo State government, on Friday, reassured smallholder farmers of improved support and integration into the development plan of the state, in accordance with the four points agenda of the Governor Seyi Makinde-led administration.

The state government stated that this would spur productivity and enhance the quality of food consumed by the people in the state.

Giving this assurance while declaring open a four-day training for agricultural extension workers, organized by the Federal Ministry of Agriculture and Rural Development, at OYSADEP Office, Apata, Ibadan, the Honourable Commissioner for Agriculture and Rural Development, Hon. Adeniyi Adebisi, noted that the training is one of the ways of stemming the tide of the declining number and low skill of small scale farmers, which has hampered the adoption of best practices and new innovations, resulting in low productivity and rejection of Nigerian products abroad.

The commissioner promised the infusion of modern farming technology, financial assistance, along with training and retraining of Oyo State farmers, to engender quality assurance in the agricultural value chains.

Speaking further, Adebisi commended the Federal Government for relentlessly improving and building capacity of farmers across the 36 states of the country and the Federal Capital Territory, and donating three motorcycles to Oyo State for agricultural extension delivery.

He added that the development will help “our smallholders overcome the teething challenges associated with farming, thereby alleviating poverty and unemployment, while also boosting food sufficiency.”

In his remarks, the Honourable Minister of Agriculture and Rural Development, Dr. Mohammed Mahmoud Abubakar, represented by the Deputy Director, Federal Ministry of Agriculture and Rural Development, Alhaja Balikis Abdulateef, hinted that one of the key recommendations was to build the capacity of youths and existing practitioners in agricultural extension delivery system, exposing and equipping them with best global practices and tool to enable them deliver efficiently.

According to the minister, Nigerians desire to see that our agricultural extension delivery system meets global competitiveness, to ensure that we have adequate and quality food for our teeming population and some to augment our foreign earnings.

The ceremony also had in attendance other management staff of the ministry, farmers, participants from the 33 local government areas of Oyo State, and seasoned resource persons, among others.