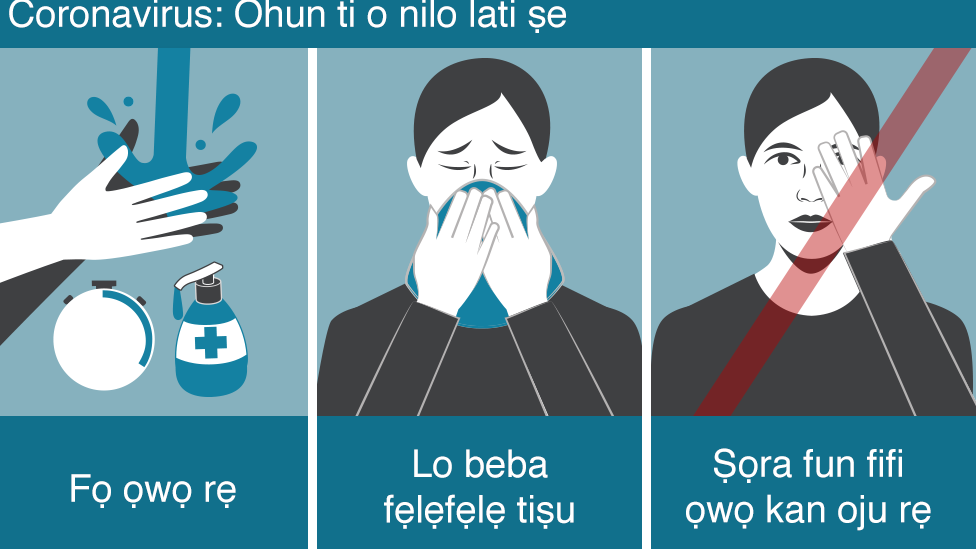 The Oyo State government has allayed fears of residents of the state on the Corona Virus pandemic, declaring that there is no confirmed case of the disease in the state yet.

Making the disclosure at a press briefing at the Agodi State Secretariat, the state Commissioner for Health, Dr. Bashir Bello, maintained that following the confirmed cases of the virus in neighbouring states, all facilities in the state are on high alert, with necessary resources deployed to facilities in case of unforeseen circumstances.

A statement by the Chief Press Secretary to Governor Seyi Makinde, Mr. Taiwo Adisa, quoted the commissioner urging residents of the state not to panic over the recent confirmed case of a Corona Virus victim in Ekiti State, despite that the case was said to have transited from Ibadan, the Oyo State capital.

Dr. Bello stated that contact-tracing has already begun, adding that the surveillance system has already been set up in the state.

Maintaining that the individual, said to have transited through Ibadan, did not actually stay in a hotel, but at a private residence, which has already been identified by the surveillance officers of the Ministry of Health, the Commissioner said, “I am here today to further address the unfortunate incidence of the confirmation of cases of Corona Virus in Nigeria.

“The Oyo State Ministry of Health has continued to follow the unravelling of the outbreak. Since its outbreak in December 2019, over 170,000 cases and 7,000 deaths have been reported across over 150 countries of the world.

“So, at this point, the Ministry of Health wishes to inform the general public that despite the report of several cases of Corona Virus in the country, our ministry is committed towards ensuring a disease-free Oyo State.

“This is particularly important because these cases have been in neighbouring states. The Oyo State Ministry of Health would like to reassure the public that our surveillance system has been activated and contact-tracing is ongoing.

“For instance, concerning the individuals involved in the confirmed case in Ekiti State, transmitting through Ibadan, our state capital. Contact-tracing is on. As of today, we have a case of an individual who just returned from the UK; but the individual is observing the protocol of self-isolation.

“Some tests are currently being carried out on samples collected from the said individual by the National Reference Laboratory, LUTH, for South-West. The test results are being expected tomorrow.”

Restating that all facilities in Oyo State remain on high alert, the commissioner informed that the provision of qualitative health care is a joint responsibility of all.

He added that the media has a cardinal role to play in the dissemination of appropriate information to the public and it is thus a major partner.

He stressed that it is important for residents of the state to remain calm and also ensure strict adherence to hygienic practices, such as regular washing of hands with soap and running water or use of alcohol-based hand sanitiser, observance of good respiratory hygiene, such as covering of the nose and mouth with toilet papers when sneezing or coughing, proper disposal of used toilet papers and washing of hands.

On whether the state would place a ban on public gathering or not, Dr. Bello maintained that the ministry has been preaching social distancing, noting that citizens must recognize the danger inherent in public gatherings at this period by following all the preventive measures.

He added, “As regards the issue of public gathering, what we are doing is not just telling people that there is no danger, but there must be no alarm, provided we take all the precautions that are necessary. Ours is to alert the public to take some preventive measures so as to remain safe. This is an epidemic, which has no borders or way. So, if it is attended to at the outset, the prognosis is usually better.

“As regards the issue of gathering in churches and mosques, that is the warning we are giving to the people. If we decidedly ban religious worships, you will hear different opinions that it will generate; that Oyo State government stopped people from worshipping God. So, people who know all these public health preventive measures don’t need to be given a second hand.

“We are now calling on all citizens to, please, rely on their intelligent quotient. We are saying that, even between two people, we should maintain a social distance, how much less going to a gathering. People should intelligibly know how to take care of their lives not necessarily when they get a ban. Anybody attending any social gathering now should know it is dangerous.

“So, we advise that here in Oyo State, all groups and societies concerned should, please, try and avoid or cancel any such gathering being proposed on grounds of public health.

“The public is, hereby, implored to practice preventive measures like social distancing, staying about six feet from the next person, limit social gathering and social contact to only when absolutely necessary. Because of the fluid nature of development around COVID-19, as the world evolves in its handling of the pandemic, we in Oyo State are also evolving and exploring ways to address the situation.”

Hinting that the Oyo State government is committed to ensuring a disease-free state by placing the surveillance system and contact tracing in all the nooks and crannies of the state, Dr Bello implored individuals arriving the state from countries where COVID-19 outbreak has occurred to notify the Ministry of Health on arrival, and undergo supervised self-isolation for at least 14 days before moving around, urging such individuals to report symptoms observed during self-isolation to the ministry.

He added, “We also enjoin private health facilities to conform with expected universal precaution and protocols when attending to all clients.

“There is the need to have a high index of suspicion, especially with cases of unexplainable fever and upper respiratory tract infections.

“I also wish to quickly state that other state health facilities are available and accessible to members of the public for the provision of care.”