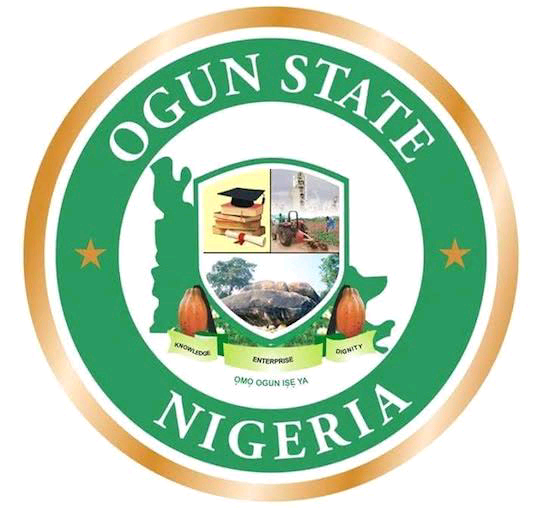 When candidates are seeking election into political offices, what they capitalise on for momentum and ultimate victory are popularity among the electorate, sound strategy, previous antecedents and the backing of some political heavyweights.

In all, the task of winning an election into a particular political office is difficult and requires a combination of factors.

What is required of someone seeking re-election into a political office is simply their track record, because gunning for a second term in office is a clear referendum on a candidate’s first term in office.

And if this premise is anything to go by, the incumbent governor of Ogun State, Prince Dapo Abiodun, does tick the box in terms of track record, and deserves the vote of the good people of Ogun in his bid to return as governor come 2023, to continue the unprecedented value he and his team have added to governance in the state.

If one’s first term in office is a referendum on whether he/she deserve a second term, then the coast is already clear for Prince Abiodun, especially when considering his interest in infrastructure, economic viability by creating an enabling environment, human development and harnessing the state’s potentials.

Anybody who is familiar with events in Ogun State since May 29, 2019, will agree that the state’s rising investment profile does not owe to happenstance. It hasn’t also gone unnoticed, as Prince Abiodun was deservedly recognized with the Public Service Award  of Excellence in Industrial Revolution by the Federal Government.

The Dapo Abiodun administration’s systematic approach to governance, which saw him laid a solid foundation for the implementation of deliberate policies, programmes and projects, within the first six months in office, has led to predictable, yet unprecedented success in the socio-economic transformation of the state.

He has delivered on a clear template and deliberate action plan on how he intended to transform the state by implementing the “Building Our Future Together” agenda, hinged on the five developmental pillars of I-S-E-Y-A: Infrastructure; Social Development and Wellbeing; Education; Youth Development, and; Agriculture and Food Security.

Since the Dapo Abiodun administration came on board on May 29, 2019, he has prioritised construction and rehabilitation of roads. The governor made it known from the onset that infrastructure, especially good road network, was crucial to his administration’s investment drive. That is why roads across the state are being aggressively constructed and rehabilitated. This also led him to establish the Ogun State Roads Maintenance Agency, OGROMA.

Currently, the state government is working on roads (either rehabilitation or construction) in almost all its 20 local government areas.
Also, early in the life of Governor Abiodun’s administration, it was clear that he was keen on exploring the opportunities presented by Ogun’s geo-location.

To him, the state’s proximity to Lagos and its gateway status to the West African market through Benin Republic should propel the state into economic prosperity.

Credit to Governor Abiodun, the Gateway Cargo Airport, which is almost completed, is scheduled to commence operations by the beginning of 2023. With the siting of an agro testing firm at Sagamu to service the airport, the project is expected to facilitate export of agricultural products from Nigeria.

The results of his commitment to making Ogun State economically viable are so convincing that the Nigerian Investment Promotion Commission, NIPC, in its 2021 second quarter report for investment announcement, put the estimated investment into Ogun State at $500 million, making the state the preferred investment destination, representing 30 per cent of the total announcement in Q2.

Curiously, the NIPC report showed that 14 projects were covered in the investment announcement in manufacturing, energy, information and communication, as well as real estate.

The state grew its IGR from N50.6 billion in 2020 to N100.7 billion in 2021, performing excellently on its IGR index, being only out-performed by Lagos State, Nigeria’s economic capital, N753.3 billion; the Federal Capital Territory, FCT, N131.9 billion; and Rivers State, a top oil-producing state, N123.3 billion.

Apart from the investment in infrastructure in the state, the governor is making conscious effort to advance Ogun’s reputation for attracting foreign investment and public private partnerships. Already, Abiodun has attracted some mouth-watering investments, including the OCP Africa investment.

OCP Africa is a Moroccan-based multinational, investing a total of N9 billion in fertilizer blending plant, with a production capacity of over 600,000 metric tons.

The Abiodun administration has also clinched an investment deal with Terratiga Limited, an investor from The Netherlands, investing in animal feeds with a production capacity of 100 tons per day and 1.2 million tones per annum.

In his recent visit to Ogun State, President Muhammadu Buhari commissioned the Gateway City Gate and the 42-kilometre Sagamu-Abeokuta Interchange, before going ahead to commission three other projects:  the 14-kilometre Ijebu Ode-Mojoda-Epe road, which was completed in record time and which connects Ogun to the fast-growing Epe-Lekki axis of Lagos; Kobape Housing Estate, located along the Sagamu-Abeokuta Interchange, under the Affordable Housing Scheme; and the upscale Kings Court Estate in Oke-Mosan, Abeokuta.

After a busy, yet exciting tour, the President gave this verdict about Prince Abiodun, “I am proud of what you have done for your state and your people. You have made our great party, the All Prohressives Congress, APC, proud too. You are a worthy example of promises made, promises kept.

“These lofty projects could not have materialised without your huge investment and commitment to security of lives and property. This has made Ogun State one of the safest and most peaceful states in the country and investors’ destination of choice.

“You have justified the mandate of the people of Ogun State. You have represented our party very well.”

These and many more have nullified all negative machinations against Abiodun’s second term bid.

The same way he triumphed over evil in 2019, he will ride on his achievements and the mandate of the good people of Ogun to win re-election come 2023.

•Shomide, a politician and businessman, writes from Abeokuta, Ogun State.