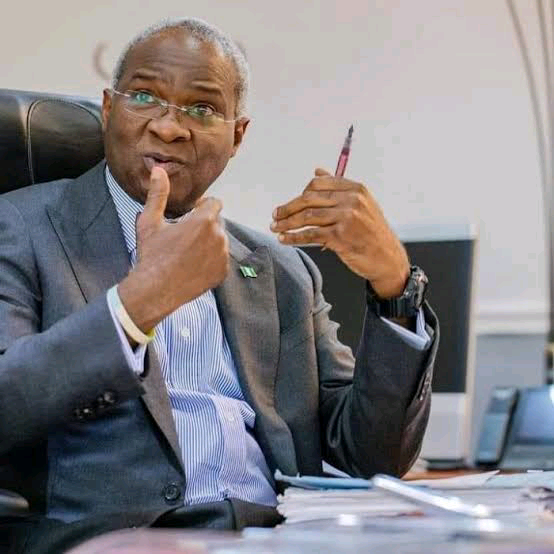 A pro-democracy organization, Campaign for Dignity in Governance, CDG, has hinted of its plan to organize a massive visitation to the Minister of Works and Housing, Mr. Babatunde Raji Fashola, SAN, in his Abuja office, to give him a pat on the back for a yeoman job being done with ease.

Co-convener of the group, Comrade Ibrahim Ekundina, in a chat with newsmen in Abeokuta, Ogun State, at the weekend disclosed that “the visitation would be embarked upon by representatives of the over 70 other right and pro-democracy organizations under the umbrella of the CDG,” under the overall leadership of the National President of the organization, Comrade Razaq Olokoba.

Spelling out the motives behind the visitation, Ekundina, who explained that “the era of constant criticism against political office holders only when they are wrong is over,” adding that “they should also be honoured with accolade when they are doing well.”

He further disclosed that “the motive of the visitation, which would have about 1,700 activists at Fashola’s place, would erase the erroneous notion that activists don’t see anything good in any political office holder.”

The CDG Co-Convener reminded that “Fashola’s performances in various offices have made superb performance to look like his second skin, which is impossible to shed,” pointing out that “the planned visitation is not borne out of act of sycophancy, but a genuine appreciation of a born achiever.”

Ekundina averred that the minister has been under CDG’s close watch since when he was an aide to his boss, Asiwaju Bola Ahmed Tinubu, as a loyal aide, till he became the executive governor of Lagos State in 2007 and later super minister under the present administration of President Muhammadu Buhari.

The youthful activist, who informed that Fashola’s performance is not a surprise, because it did not just start today, said, “He has always passed our periodic Integrity Test since when he was governor.

“He has also continued to pass the test ever since he assumed the portfolio of minister in charge of infrastructure development, which he is doing with the people’s admiration.”

Explaining the role of pro-democracy activists in democracy, the CDG Co-Convener said, “Part of our activities centres around promoting good governance and criticise constructively where the political players are beating around the push.”

He observing that “promotion of good work of Fashola as governor might have been part of the reasons that convince President Buhari to zero in on him for the yeoman job he gave him to handle.”

Against the forgoing, Ekundina, therefore urged all well-meaning Nigerians to be part of the visitation, because it has neither political colouration nor ethnic sentiment, asserting that “there is just the need to commend him for a work being well done, as well as to encourage him to do more because people are watching.”