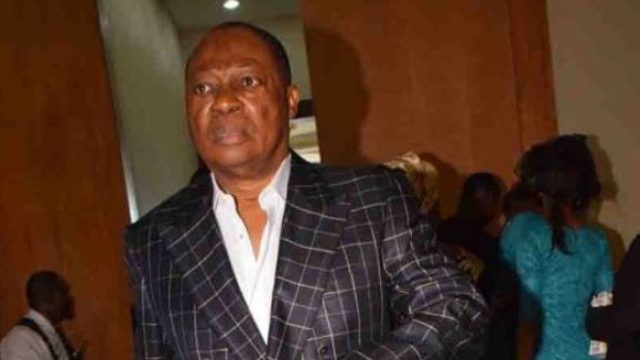 I first met Willie, whom we fondly called Pa Willie, through my late friend Dr. Ime Umana (Imesco) in the mid-1980s. He and Ime were partners in a new BMW franchise with offices in Apapa, Lagos. He was friendly, happy going, ebullient, energetic and certainly on the path to prominence in the business world.

Willie went solo and ended up with his Globe Motors, choosing the automobile business as his niche. It was not a surprise that “the paramount salesman of a generation” (courtesy Prof. Pat Utomi) was to turn Globe Motors into a global brand in no time.

When I married Amaka, the relationship got closer but moved to our wives. My wife and Willie’s wife, the ever present, delectable fashionista, Nkiru, had grown up together, were childhood friends who were now more of sisters.

Willie always demonstrated focus and determination. He made friends easily and even kept them more easily. More remarkably he trusted them.

Sometime in 2001, I had visited him in his Victoria Island office. I had recently been involved in an auto accident and was still wearing a neck collar. He asked why I was wearing one and I told him the story of my accident. His next question was what car I was driving. It was a Mercedes Benz saloon. He wanted to know the year of make. I am not given to such details, but it was almost antique.

On my way out of his office he took me to his showroom and asked me to choose from an array of four wheel drives. I told him that a new car was then not in my plan. I left and returned to Calabar. A few days later his boy, Basil, was in Calabar to deliver a brand-new Nissan Patrol.

In shock I called Willie. He said he preferred me alive and I should pay whenever and however it was convenient. He added that a four-wheel drive was safer for moving around in Nigeria. I actually took my time in paying and he did not stress me in the least. He kept his promise.

Willie would call on every occasion, to laugh or cry with you. He was part of your every significant moment. He was not a friend to put you under any pressure, at least for me, who had been in the public space, and this was most refreshing. It was a different experience with him. He however remained grateful for whatever opportunities sent his way.

He did not take advantage of friendship, no wonder he was everybody’s friend. Willie could wine and dine with kings and princes and still be at home with the commoner. He was at once the Chief Executive and the ordinary trader, the Lagos high society man and the village boy. He had a pan-Nigerian look without forgetting his Ibo roots.

He became a fixture in Lagos high society, making an announcement with every entrance through his wife, who always made a fashion statement. He made friends, deployed his wealth to community and humanitarian causes and lived a rich and full life. It is said that our lives are not measured by the years of our lives but the life in those years.

Willie worked hard and played hard. He had life in every year of his life. He has gone the way of all mortals, to eternity now, to be remembered by his deeds while on this mortal plane. He will be fondly remembered.

May he Rest In Peace.