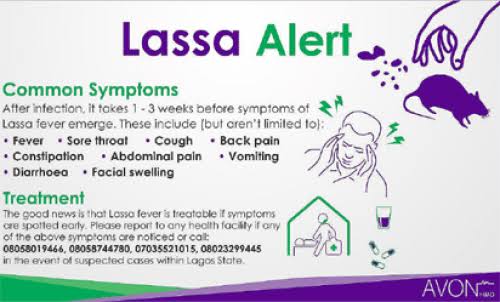 Facebook
Twitter
Pinterest
WhatsApp
Email
By Adeniyi Adedeji, Ilorin.
A Benin Republic national, who allegedly crossed the border into Kwara State in Baruten Local Government Area may have died of Lassa Fever.
The immigrant, who is a woman could be the first recorded case in Kwara State feared to have died.
Meanwhile, the Kwara State government, in a statement by the Chief Press Secretary to the governor in Ilorin, revealed that some persons have been quarantined over suspected Lassa Fever.

Addressing journalists in Ilorin, the state Health Commissioner, Dr Raji Razaq, said the state had beefed up preparedness and capabilities against the dreaded Coronavirus, which is menacingly spreding across the globe.

He said Kwara State has, since the first confirmation of the virus in China last year, resolved to use all the resources available to it to ensure that COVID-19 is prevented in Kwara State.

Razaq said the state has adopted a multisectoral approach to prevent any outbreak of the disease, comprising various ministries and agencies of the state and the Federal Government, especially the Port Health Services and the Nigerian Immigration Services to ensure effective surveillance at all points of entry at the borders.

Debunkung claims that the state had recorded some cases of Lassa fever, the commissioner insisted that “the cases so reported were in a neighbouring community in Benin Republic, which shares borders with Kwara’s Baruten Local Government.”

He disclosed that the proactiveness of the state included identifying and monitoring certain “16 persons suspected to have had some contacts with the four Beninoise who had come to work in Baruten Local Government Area, but later tested positive to Lassa fever, after they had returned to the Francophone country.”

He said, “One of the four persons later died in Benin Republic. The 16 persons (who are Nigerians) are currently asymptomatic (not showing any signs of illness) and we are following up on them.

“All Kwarans should be calm and take necessary precautionary measures to protect them and others by ensuring regular and thorough washing of the hands with soap and running water, regular use of alcohol-based hand sanitisers, staying at home if you feel unwell with symptoms like fever, cough and difficulty in breathing.”