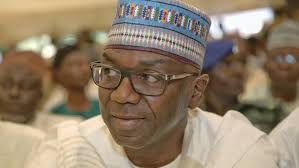 …As They Face Probe Over Alleged Financial Infractions

The Kwara State government has extended the six-month suspension order placed on local government chairmen by another six months.

The chairmen, who were those by Governor AbdulRahman AbdulRazaq from his predecessor, former Governor Abduldatah Ahmed, were alleged to have been involved in gross improprieties.

The chairmen, alongside their deputies, as well as members of their respective legislative councils were also affected by the suspension order, which has now been extended by another six months.

The state government had through a statement said, “The governor has today signed the Kwara State Local Government Councils’ (Suspension) Order 2020, which extends the subsisting suspension of the executive and legislative committees by six months.

“This extension, which is pursuant to the subsisting Kwara State House of Assembly resolution of 18th June, 2019, is in public interest.”

The extension came on the heels of the yet-to-be-concluded probe into the alleged financial infractions of the council heads and their legislative committees by the Economic and Financial Crimes Commission, EFCC.