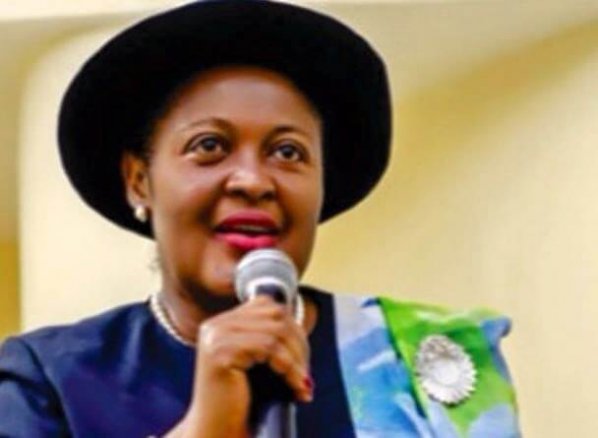 For Mrs Mary Ukaego Odili, life has been a fairy tale in the manner of speaking. Considering the fact that her father, Eze Bernard Nzenwa, was a pre-independence Nigerian lawyer and given the privileges and societal standing of lawyers in those early days, she could rightly claim to have been born with a silver spoon in her mouth.

Like Portia in Shakespeare’s Julius Caesar, who claimed, “I, so fathered and so husbanded,” in reference to her nobility, Mary also has a claim to upper class affiliations. By virtue of the fact that she is the daughter of a distinguished lawyer and traditional ruler, as well as wife of a prominent politician, if one were to call her a princess, one would be right.

Justice Odili took all these in her stride as she focused on the real issue that borders on her determination to use her ascribed status to enhance her relevance to humanity. In doing this, she did not allow the glow of affluence to becloud her plans for herself.

With her background of royalty, she was raised to stand out in the community. From her vantage position today as a Justice of the Supreme Court, it is obvious that she did not disappoint. Despite her polished upbringing, Mary launched out, applying her highly cerebral endowment in the pursuit of life goals.

She briefly attended Our Lady of Apostles Secondary School, also in Yaba, Lagos. Following the outbreak of the civil war in 1967, Ukaego and her parents relocated to the South East of the country. There, she continued her education at Owerri Girls High School, until her family moved back to Mbaise. She then attended Mbaise Girls Secondary School; and later enrolled at the Queen of the Rosary College in Onitsha.

These were highbrow schools in those days; and most of them managed by the Catholic Church. Mary’s performance in the West African School Certificate in 1972, with aggregate sixteen – grade one with distinction, was an attestation to the worth of her intellect.

The same year, she gained admission into the University of Nigeria, Enugu campus, where she read law. In her second year in the university, she earned a scholarship for maintaining the second-class upper division league with higher scores. In 1976, she graduated with an LLB (Hons) and was rated the best student of the Department of Commercial and Property Law.

Shortly after, she attended the Nigerian Law School and received her B.L. certificate in 1977, before embarking on her national youth service in Benin City and Abeokuta. Odili was serving as a house officer in Benin City at the time.

Talk of fate. As a young lady with a combination of brain and beauty she was highly sought after. In the race that ensued, Peter Odili won, but not without a fight. For Mary, it is the beginning of a phase of her life that took a refreshing turn. When she met her prince charming, Peter Odili, the two began a romantic relationship that blossomed. The rest, as the saying goes, is history, as she is today, Mrs Peter Odili.

Ukaego commenced her career in the judiciary as a Magistrate Grade III in November 1978, after she got married to Dr Odili in 1977. Between 1980 and 1988, Ukaego served as Chief Magistrate Grade I; Chairman of the Juvenile Court; President, Marine Board of Inquiry into the 1978 Buguma Boat disaster; Chairman, Constitution Drafting Committee of the University of Nigeria Alumni Association; Inaugural Chairperson of the International Federal of Women Lawyers, FIDA, Rivers State and Secretary, Nigerian Horticultural Society.

On 3 May 2011, President Goodluck Jonathan nominated Mrs Odili with two other Appeal Court justices to the Supreme Court. She was appointed as a justice of the Supreme Court of Nigeria, JSC, on 23 June, 2011.

Today, Justice Mary Odili is a leading light in the highest echelon of the nation’s judiciary, and she currently is the President of the National Association of Women Judges, no mean feat. As she marks her 68th birthday, Mary Ukaego Peter Odili, wife, mother of four and grandmother of eight, has every right to look back and in an exhilarating sigh exclaim, ‘its being a long journey well worth it’.

Hon. Justice Mary Odili has been a vanguard for women and children over the years, through her involvement in the National Council of Women’s Societies, NCWS; FIDA; and special support of Medical Women’s Association of Nigeria, and several other non-governmental organizations and as the founder of The Adolescent Project Nigeria, TAP.

Her experiences working with juveniles set her thinking on how best our young ones can be helped to live responsibly and to become decent citizens of this country.