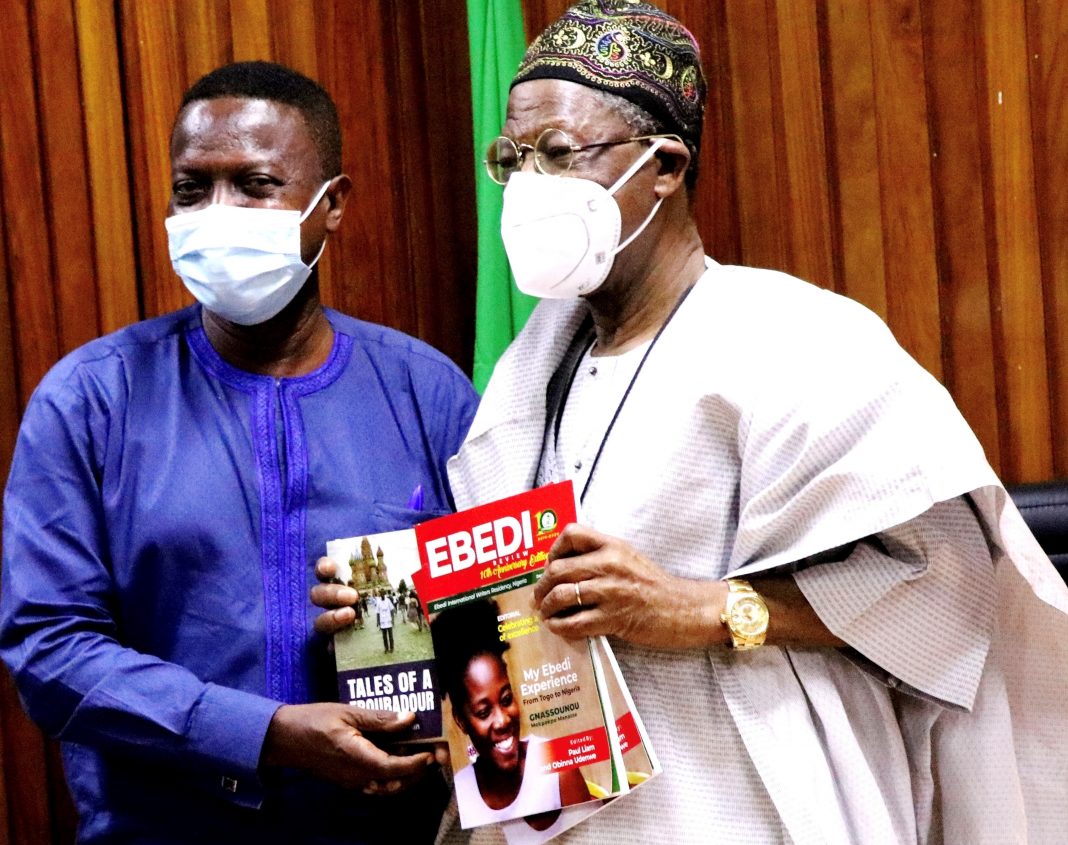 The Minister of Information and Culture, Alhaji Lai Mohammed, has called on the new Secretary General of the Pan-African Writers’ Association, PAWA, Dr. Wale Okediran, to strive to revive the golden age of African writers, who actively worked for the unity, development and decolonization of Africa.

Making the call when he received Dr. Okediran on a courtesy visit to his office over the weekend, Alhaji Mohammed said that the main challenge that confronted African writers in the pre-decolonization era was the struggle for political independence.

He, however, said today’s crop of African writers have to contend with economic challenges and the inculcation, in the youth, of pride in African culture.

The minister said, “I will urge Dr. Okediran to do his best in his new position to revive that golden age of African writers, that age where African writers collaborated with our politicians to attain independence. The challenge before our writers today is not about political independence, but about how we take Africa out of the morass of despair and how we take Africa out of the economic challenges we are facing.

Paying tribute to African literary giants such as Chinua Achebe, Ayi Kwei Armah and Ngugi Wa Thiang’o, Mohammed said that they did not only serve as role models, but were also beacons of hope for the continent.

He therefore urged the Secretary General of PAWA to encourage African writers to continue to tell the African story in order to guard against distortion of facts by foreign writers.

Mohammed added, “I want to appeal to Dr. Okediran to please use his exalted office to ensure that African writers continue to tell our stories in the best African tradition, because if they don’t do it, others will do it in a manner that will not be pleasant to us.”

Insisting that African culture and traditions provide enough materials for any writer to explore, the minister advised PAWA to work with the private sector to ensure that some of the books written by African authors are adapted into films in order to reach out to the young population.

Responding, Dr. Okediran said the African Union had since recognized the power of literature and it’s using it effectively to promote unity on the continent.

He said PAWA recently signed a Memorandum of Understanding, MoU, with some international organizations to leverage literature for the promotion of African cultures.

Dr. Okediran appealed to the Federal Government to support the Accra-based PAWA through the payment of yearly subvention as approved by the African Union.