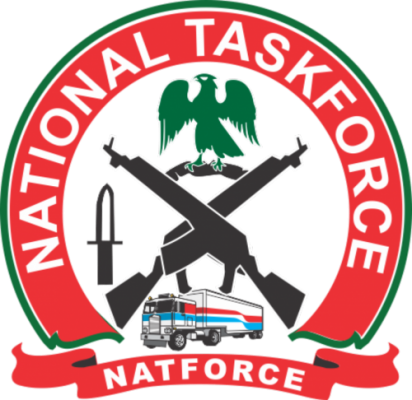 A knowledgeable personality about the security architecture, Alhaji Aminu Kofar Soro, has spelt out the benefits of the advent of the National Taskforce on the Prohibition of Illegal Importation/Smuggling of Arms, Ammunition and Light Weapons, NATFORCE, in Nigeria.

Soro, a retired Deputy Controller of Civil Defence and die-hard enthusiast of the agency, in a media interaction in Abuja, said that the imperative of its advent can never be over emphasised, because the benefits accruable from the organization to the country, vis a vis eradication of insecurity and abundant job opportunities are enormous and heart-warming.

Elaborating on this, the retired DCG of the Nigerian Security and Civil Defence Corps, NSCDC, disclosed that the two major objectives of the agency, which are to secure the nation and provide jobs for the youth, would gladden the heart of President Muhammadu Buhari, saying, “With a secured country and gainfully engaged youth, acts of criminality in the country would be a thing of the past.”

Speaking further, the security expert, who informed that President Muhammadu Buhari is aware of the agency and loves it, pointed out that, the President would fall in love with any initiative that could assist him to eradicate insecurity and keep the youth away from the street through mass provision of jobs.

The twin objectives – to ensure that we were able to close the gap in terms of security in Nigeria and be able to solve the knotty issue of unemployment of youths in this country are to assist President Buhari to succeed and not in any way to diminish the powers of other security agencies on ground, Soro declared.

He agreed totally that “it is a notorious fact that the nation’s security agencies are doing their best,” observing however that, “over the years, experience has shown that there are still some gaps that need to be filled.”

Insisting that “all these can be stopped with intelligence report,” Soro, who believes that NATFORCE has the workforce and the wherewithal to perform, said that the organization would be able to do it even from the village level, to ward level, to local government, to senatorial district, to the state, to the zones and to the regions.

He opined that if given the necessary support, conducive environment and legislative backing to operate and clear illegal arms from the wrong people, the agency has the mental capability and the right intelligence to succeed, maintaining that achieving success without the right intelligence would be a hard nut to crack for the country.

He added, “We have a lot of strategists on ground that can do it. As a security agency, we don’t need to disclose everything. We don’t need to mention them, because it would be tantamount to exposing ourselves even to some of these bandits, because if they know our strategy, at the end of the day, they will use it against us. That is why we don’t want to disclose it.

“When we talk of composition of the team, one would say, with the retired Colonels, retired Lieutenant Colonels, retired Deputy Inspector General of Police, retired Commissioners of Police, that are not yet tired and retired senior public servants that are knowledgeable in the areas of security architecture in this country and with the fact that they all embrace the activities of NATFORCE, it is hoped that, by the special grace of God, if they bring their experiences to bear on what we are doing in this country, we should be able to solve the duo problems of unemployment and insecurity in this country.

Soro disclosed with enthusiasm that, the Bill in respect of the agency has happily scaled the first and second reading, moving towards the last stage of approval, expressing pleasure that the organization has focus and mission and is pursuing the mission religiously.