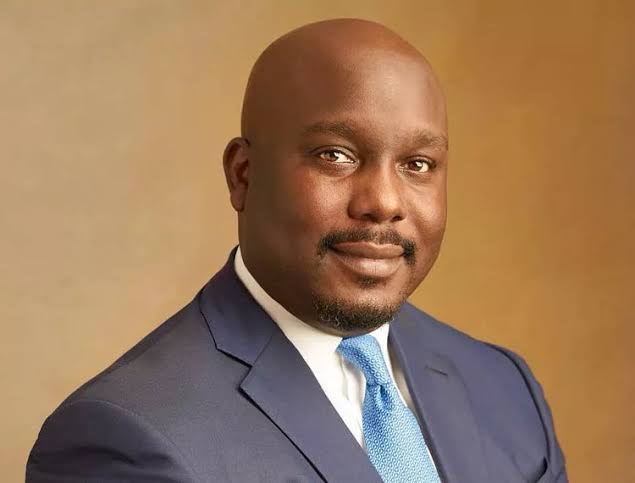 Okoko, political godson of former President Goodluck Jonathan, died at the intensive care unit, ICU, of a hospital in Lagos State, during a liposuction surgery.

Recall that Okoko was earlier said to have been raised from death, when he was initially declared dead and was allegedly prayed for by Rev Ibiyeomie, who is said to be his spiritual godfather. This sparked jubilation on the streets of Yenagoa, the Bayelsa State capital; but the jubilation was cut short midway, when the billionaire apolitical eventually finally gave up the ghost.

Former governor of Bayelsa State, Seriake Dickson, while commiserating with the state governor, Senator Douye Diri, former President of the Ijaw National Congress, Prof Okoko, wife of the late politician, his Obunagha community, the Gbarain Clan, Bayelsa State, the Ijaw nation and the PDP family, on the sudden death of the politician, described his death as “painful and sad,” and added that he left indelible marks in the world of business and politics at a young age of 42.

In a statement, Dickson said, “Keniebi was somebody we all had a lot of hope in; he proved to be an open minded, accommodating, large hearted,  understanding political leader that I encouraged to be under my wing henceforth for political grooming  and support.

“My family and I are pained and I have made a lot of calls to our leaders. Everybody is pained and we should take it as bad as it is as what God has done. Nobody can question Him.”

He lamented that this era of COVID-19 was a particularly trying period for Bayelsa following the death of prominent politician, George Fente, the loss  of the wife of Senator Ben Murray Bruce to cancer in the United States and the painful death of Okoko.

The former governor prayed for the repose of the soul of the late Okoko and also prayed God to give the grieving family the fortitude to bear the painful loss, stressing that Okoko’s death was a heavy blow to Bayelsa and indeed the Ijaw nation.

Reacting to Okoko’s demise, former Director-General of NIMASA, Mr Dakuku Peterside, while confirming the unfortunate incident, said that he was one of the people who saw his lifeless body; adding that well-wishers had thronged the hospital are demanding for an investigation on the circumstances surrounding the professional handling of his situation.

Peterside said, “I start by a confession. Keniebi is my friend, brother and someone who impacts every soul he comes in contact with. Yesterday, I got a call and rushed to the hospital where I met him lifeless. What is important is that he lived a good and impactful life and sure he has gone to be with the Lord.

“I got to the hospital about 8-8:30pm and friends of his from across the country (high, mighty, ordinary folks) have taken over the hospital and were ready to go to ‘war’ for most loved Keniebi. It simply restored my faith in brotherhood and humanity. Too many persons in the midst of wailing were willing to help to ensure that a loving soul like Keniebi is not put to shame.

“The second observation is that all and sundry were not happy with the professional handling of the medical attention he got, leading to his death and are demanding that we must get to the root of the matter so persons whose professional negligence led to this avoidable death must be held to account for it.

“In Keniebi’s death, I have seen the outpouring of love and appreciation of impact living. May the soul of my beloved brother Keniebi rest in peace and may we continue rallying each other whenever the need arises.”