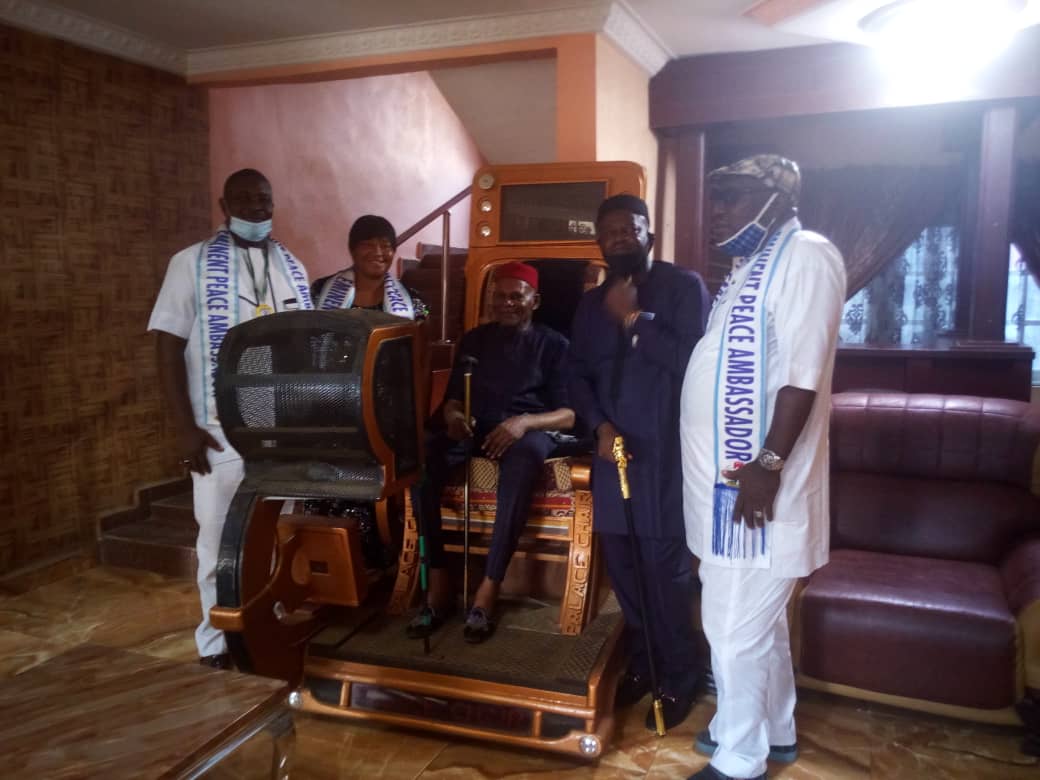 The monarch gave the commendation during the reception organized by the elders-in-council in honour of the Special Adviser to Governor Ayade on Cocoa Development and Control, Dr. Oscar Ofuka, alongside members of the United Nations World Peace Advocates, at the palace of the monarch.

The Etung paramount ruler maintained that it is the first time the allocation had been done without rancour and violence, known to be associated with the exercise in the past.

The monarch commended Ofuka for effectively overseeing the exercise and ensuring equity and fairness in the allocation.

He said, “The community agreed that 70per cent of the estates should go to the community; while 30 per cent go to the government and this was done.

“Everyone in the community is happy that the allocation of Oscar Ofuka is the best.

“You are our son and did wonderfully, since we started allocation, no one has done as much as you did.

“The people of Etung are clapping their hands because the allocation touched everybody.”

Reacting, Ayade’s Special Adviser on Cocoa Development and Control, Dr. Ofuka, stated that he and his team decided to adopt a radical approach, so as not to allow mistakes done by previous leaders in the allocation of plots/hectares of cocoa repeat itself, stressing that idea is to encourage mass participation in cocoa cultivation to end disputes with land owners.

Ofuka said, “Before this time, cocoa was given to political elites and treated as political gain, so we had to adopt a radical approach to ensure a fair distribution.

“The issue of royalty to the cocoa producing communities preceded this government, but he approved an out of court settlement.

“He also approved that the outstanding royalties be paid and also gave the communities 70 per cent of the allocation, so that we can encourage mass participation in cocoa cultivation.”

Ayade’s aide maintained that government is at present aggressively reactivating the old and moribund estates, to guarantee maximum yield, with 10 million improved variety seedlings been planted across all government owned estate in the state.