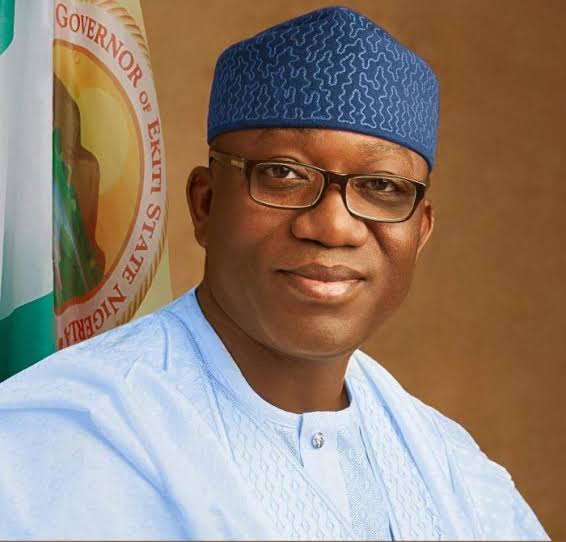 Ekiti State has been lauded by the Minister of Water Resources, Suleiman Adamu, on Thursday for being the first to domesticate the ‘Clean Nigeria: Use the Toilet’ Campaign, an effort to eradicate open defecation in Nigeria.
The minister, who disclosed this in Ado Ekiti, the Ekiti State capital, during the launch of the road map for Open Defecation Free by 2022 and the flag-off of ‘Clean Nigeria: Use the Toilet’ Campaign in Ado- Ekiti, explained that the campaign followed the executive order 009 signed in November, 2019 by President Muhammadu Buhari to end open defecation by 2025.

In his speech, the Ekiti State governor, Kayode Fayemi. put the financial implication of achieving an end to open defecation by year 2022 at N9.5 billion, which he said “would be borne by the state and local governments, community associations, the private sector and households, with support from the Federal Government and development partners.”

To achieve this and ensure the effectiveness of the campaign, Fayemi declared that, Open Defecation becomes illegal in Ekiti and promised that government would reduce participation of social functions in communities with poor progress in the eradication of open defecation.

The governor also charged all e local government chairmen, traditional rulers and other stakeholders to enforce the “One House, One Toilet” principle in their domain.

While assuring of budgetary provision and funding in line with the national plan WASH, Fayemi ordered the construction of more toilets in government buildings and public places, which he said must be put to use within the year.

He restated his administration’s commitment to the implementation of the National Action Plan for Revitalization of Water Supply Sanitation and Hygiene, WASH, which included actions on governance, sustainability, sanitation, funding, monitoring and evaluation.

He also disclosed to the gathering that the state Executive Council had approved the implementation of the roadmap strategy, Ekiti Ko Egbin Sile (Ekiti rejects filth) for the eradication of open defecation by 2022.

He said, “On 27th December 2018, I declared a state of emergency on WASH during the flag-off of Turn-Around Maintenance of Ero Water Supply Dam. Since then, various actions have been taken to improve access to safe water supply in the State. Installation of water pipelines is on-going and in the next two months, the resuscitation of our two major dams will have been completed and will be ready for the benefit of the people.

“Hence, the campaign on Clean Nigeria: Use the toilet is apt and Ekiti State Government has domesticated a version of the campaign as Ekiti ko egbin sile.”

He added that the strategy was aimed at aligning with the Federal Government’s approach to eradication of Open Defecation, taking into consideration the peculiarity of the state, particularly, the need to have sustainable management approach to public toilets and effective communication toward behavioural change.

While commending the activities of development partners, notably the World Bank, European Union and UNICEF for the resuscitation of dams and pipelines to ensure access to pipe-borne water and capacity building in sanitation and eradication of Open Defecation, Fayemi disclosed that a total of 137 communities in the state achieved open defecation free status in December, 2019.

A major highlight of the event was the decoration of the wife of the governor, Erelu Bisi Fayemi, as the WASH Ambassador for the campaign for the eradication of open defecation in the state.