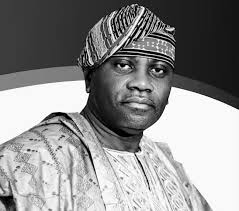 A carrier diplomat, who is also a former Ambassador Olutola State Chief of Protocol to former President Goodluck Jinathan, John Onijala, has emerged as the senatorial candidate of the Accord Party, AP, for Kwara South senatorial district in the 2023 election.

Onijala was affirmed at the Accord Party primaries held at Muslim Community Primary School, Taiwo Road, Omu Aran, by party delegates as the senatorial candidate of the party for the zone.

In his acceptance speech, Onijala told party members, elders, executive officers, and party leaders in the state, particularly the people of the Kwara South senatorial district that the time had come for them to have effective representstion at the red chamber of the National Assembly.

The Kwara South senatorial district of Kwara State is made up of the Yoruba speaking people of Offa, Oyun, Ifelodun, Irepodun, Ekiti, Oke Ero and Isin local government areas of the state.

The diplomat told the people that he considered it a great privilege and honour to be given the opportunity to serve as the next senator of Kwara South senatorial district.

He said, “My intent of contesting for the position of senator, Kwara South is to administer good governance through enactment of laws at the National Assembly guided by the aspirations of Kwara South people based on a ‘Kwara South Vision.’

“At a time of desperation for inclusive good governance for socio-economic development like this, all stakeholders and lovers of Kwara South people should embrace a broad-based vision which is the Kwara South Vision to promote unity, peace, progress and prosperity of Kwara South.

“I have decided to work with our party men and Kwara South stakeholders to run a merit-based campaign, involving all stakeholders and devoid of social, religious, tribal and cultural sentiments to galvanize supports towards winning the Kwara South senatorial seat.

“Together, we shall win the Kwara South senatorial election come 2023 to ameliorate the devastating effect of extreme poverty in Kwara South.”