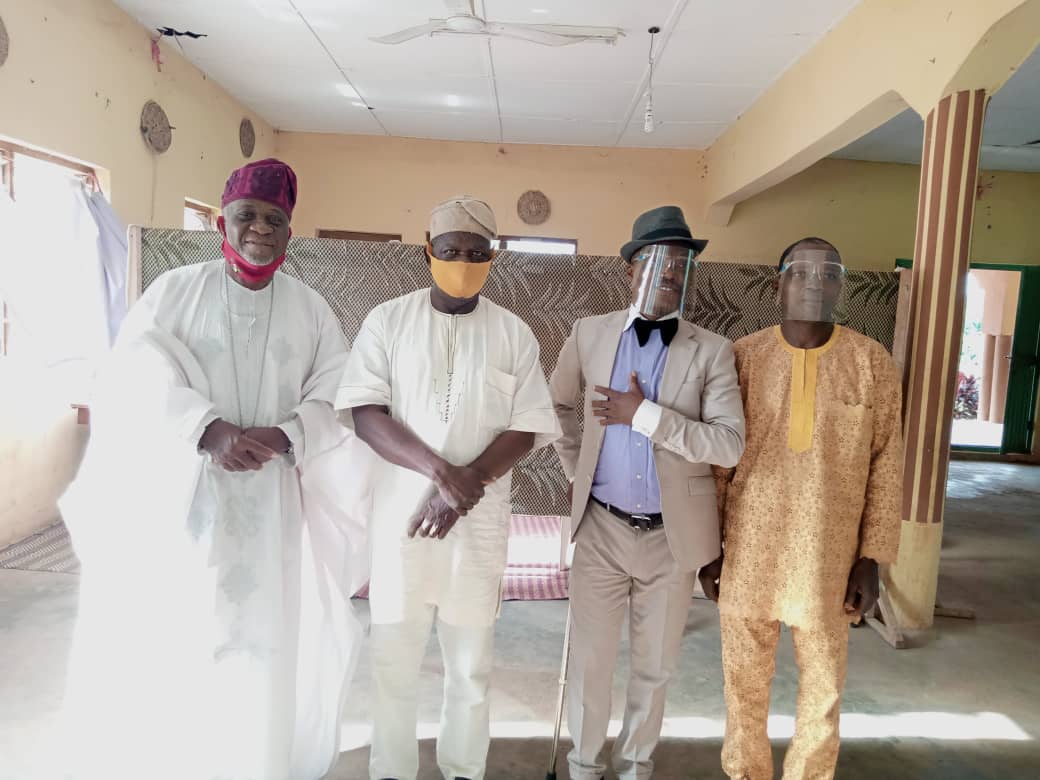 The Ekiti State governor, Dr Kayode Fayemi, has created a conducive environment for the germination of tourism activities and investment to blossom and thrive.

The Senior Special Assistant to the governor on Tourism Development,
Ambassador Wale Ojo – Lanre, made this disclosure while hosting the Vice – President, South West, Federation of Tourism Associations in Nigeria, FTAN, Otunba Ayo Olumoko, who led the newly elected members of the executive council of FTAN, Ekiti State chapter on a courtesy call in his office in Ado – Ekiti.

Ambassador Ojo – Lanre, while applauded Otunba Olumoko for his proactive strides and tenacity of purpose since his election as FTAN VP South – West, affirmed that Ekiti State government is ready and willing to reinforce, assist, support, cooperate and collaborate with FTAN at making sure that Ekiti State reaps bountifully in and participate judiciously in the global tourism economy.

Pointing out that Governor Fayemi has written his name in the tourism history of Ekiti State as the most tourism – friendly governor, who throughout his two-term tenure placed Ekiti tourism on the front burner of global relevance and reference,
Ojo – Lanre revealed that Dr Fayemi has within the last 12 months, resuscitated the hitherto moribund Ekiti State Council for Arts and Culture, recreated Ekiti State Ministry of Arts, Culture and Tourism, appointed a new commissioner, initiated the legal framework on tourism and also appointed a Senior Special Assistant on Tourism Development.

He said, “All these are testimonies of his vision at ensuring that tourism economy grow and blossom in Ekiti.

Lanre-Ojo also averred that Governor Fayemi, being a cosmopolitan person, believes that tourism is better driven by the private sector hence, he is doing everything humanly possible at ensuring a conducive atmosphere for the private sector to reap the goodies of tourism in Ekiti State.

Ambassador Ojo – Lanre said that it was because of these and other factors that the state government heartily welcomes the birth and berth of FTAN in Ekiti – State, as it will spearhead the growth of a solid tourism economy in the state.

Responding, Otunba Olumoko commended Governor Fayemi, who he described as a purpose-driven governor with heart and soul of getting the best for his people.

Olumoko revealed that “of all the states in the South – West, Ekiti State governor, Dr Fayemi, has distinguished himself as a tourism – friendly governor, who understands the import and essence of a fully developed tourism economy, thus, his agrarian commitment to the development of the tourism sector “

He added, “I am glad also that Ekiti State is having one of the best set of first-grade executive council members from the  academia, practitioner, security and stakeholders. I am also confident that with these seasoned and experienced men and women in the industry, Ekiti is set to make a statement in the comity of tourism states.”

Otunba Olumoko canvassed for a symbiotic relationship between FTAN, being the only recognized umbrella platform for all tourism and hospitality associations and operators in Nigeria and the Ekiti State Tourism Development agency, adding that with a synergy of purpose between the two, the sky will be the starting point for tourism business in Ekiti.

LASUBEB Pays N215m benefits To Deceased Employees’ Next Of Kin