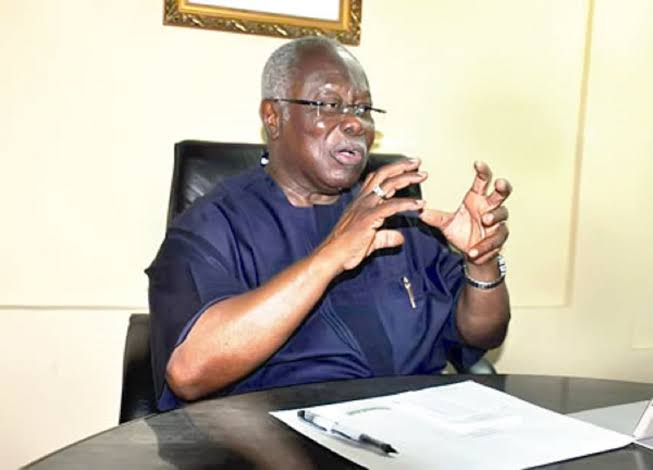 Former Deputy National Chairman of the Peoples Democratic Party, PDP, Chief Olabode George, has described  the  September 19, 2020 Edo governorship election, won by Godwin Obaseki of the PDP as a  hope of  a renewal of Nigeria democracy.

George, in a release he issued and signed Sunday shortly after the announcement of Obaseki as the winner of the  election, titled, ‘Edo Rejects Bullion Van Democracy,’  congratulated Obaseki on his hard earned victory and also commended President Muhammadu Buhari for living up to his words on the election.

He said, “The good people of Edo State have spoken loud and clear. They have spoken without ambiguity, without equivocal expression. They were bold and brave. They rejected the bullion van democracy. They stood against outside interlopers.

“The Edo people were firm and committed to the purity of the democratic process. In the end, their will has prevailed.

“They  have made their choice in the person of Governor Godwin Obaseki, who himself had braved all odds and all the dark schemings and intrigues of the undemocratic forces. He has triumphed over what seemed a great hurdle.

“I congratulate Governor Obaseki for this well deserved victory. I congratulate our party managers, who pulled through this victory by ensuring that the right things were done at  the right time.”

He said President Buhari has equally lived up to his words, when he observed before the election that he will basically ensure that there will be no interference with the democratic process.

George added, “There may yet be a renewal for the Nigerian democracy with Edo State trail blazing decision.

“The election was peaceful, fair and just. The security operatives were much alert to their responsibilities. INEC too conducted itself in a worthy manner. It was apparently neutral and committed itself to the fairness doctrine, which is the hallmark of democracy itself.”

He also said the election has shown that the time for godfathers in Nigerian politics is up.

“And as for those who have appropriated the treasury of Lagos State as their private coffers, brazenly swaggering in their ‘ullion van democracy,’ it is obvious that their time is up.

“Even here in Lagos, there is a dawning realization that the slave-drivers will soon be chased out of town through the ballot box. Lagosians are equally sick and tired of 21 years underdevelopment and massive gutting of their treasury. Enough of the primitive monetized ways of godfathetism,” he said.