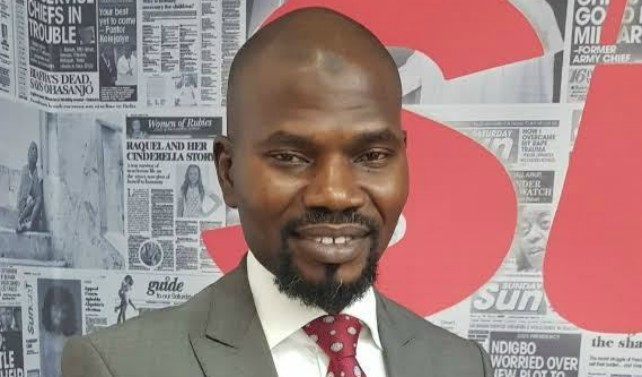 It took me time to convince myself to give the details I am about to share and I do so with every sense of modesty for the sake of the embedded lessons that could see some of us actualise our great destinies and even reach and ride the skies.

Again, character will take you where your beauty, six packs, certificates, and talents alone cannot take you. Let us learn to build relationships hinged on trust, for it pays to learn to crawl before we walk, then run!

Above all, I pray Allah continue to guide us on the path of right decisions. And I pray Allah to also guide me in all my endeavours.

I have several instances but I will use three cases to tell my story:

I recall my 2007 encounter with Sule Lamido, former Foreign Affairs Minister and former governor of Jigawa State. We met in 2005. By 2007, after the election had been won and lost, some of us were invited for the inauguration by Dr. Adagbo Onoja, who later served as his Special Adviser on Media. At the end of the day, someone bolted away with our honourarium. Dr. Onoja appealed to us to be patient with him and return to our various destinations. We did. Some of us came in from Abuja, some Kaduna, Kano and a few others from Lagos. We did. A week later, Dr. Onoja sent the honourarium to me to disburse. I did as was instructed. By the time I was done, I had about N150k or so left. I called Dr. Onoja. He said I should send a message to H.E Sule Lamido to provide the analysis. I did. The governor responded: “Good boy. That should be your ‘handling charges'”. And that was the beginning of a relationship that was built on trust, to the extent that I became a go-between him and some Nigerians.

I was humbled last Saturday when former Borno Governor and a serving senator, Kashim Shettima was telling a senior Police Officer how we struck off a relationship in Maiduguri, in 2003. He had told some editors similar story in the past. The encounter was such that if I had demanded to be compensated monetarily for the favour, Shettima would have done it. I was earning N27,800 at the time, but preferred to be led by my religious beliefs and upbringing, not human greed. Since 2003 till date, we have remained good friends. I felt very important when he saw me off to my car when I made to leave after my visit last Saturday, to his Abuja home. If I had demanded for money back then, there would have been no Shettima to visit in 2020. Like Lamido, Shettima too trusts me with money for a third party.

Like Lamido, I met the former Deputy President of the Senate, Ike Ekweremadu, after the then Borno State governor, Ali Modu Sheriff, declared me a persona non grata and my management moved me away from Maiduguri. Till date, I thank God it happened. Otherwise, I probably would have remained a local player with no national appeal. I met Ekweremadu in 2005, through another good friend of mine, Pastor Emma Azikien. Again, the relationship blossomed, because it was based on trust. Like Shettima and Lamido, Ekweremadu too trusts me with money. In fact, on several occasions, I solicited assistance on behalf of persons he barely knew, maybe for health, house rents, and other financial challenges. And he would oblige me. All I do was, provide his phone number to those I delivered the money to and ask them to send acknowledgement, stating the amount sent to them. Meanwhile, I don’t take commission for such errands, and even when I am offered, I politely turn it down without sounding arrogant about it.

May Allah give us the Grace to act right all the time.

•Omioidan is Chief Press Secretary to the Osun State governor.