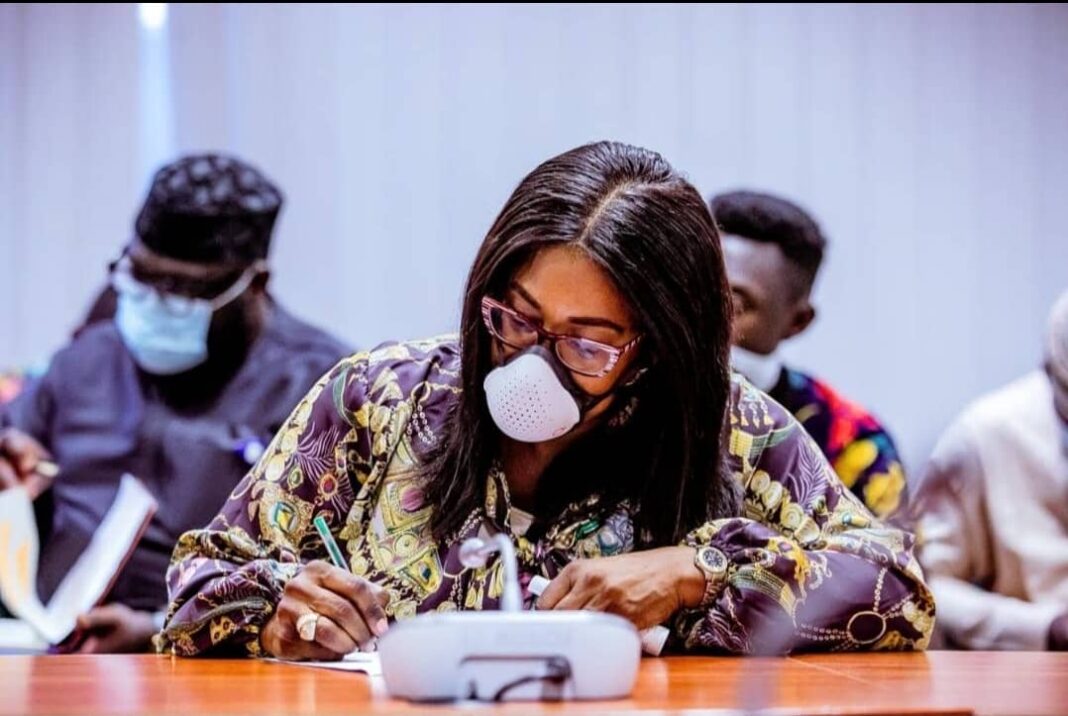 An aide to the Deputy Senate President, Jide Babalola, has been detained by men of the Nigeria Police Force for harassing a member of the House of Representatives, Hon. Tolu Akande-Sadipe, at the premises of the National Assembly, Abuja on Thursday.

Aan eyewitness’ account of what transpired between the Deputy Senate President’s aide and the lawmaker in an elevator revealed that Mr Babalola made advances towards the member of the House of Representatives, who politely cautioned him not to bump into her in the legislative house’s elevator.

The eyewitness said that rather than behave, Mr Babalola, who is fond of harassing people at the National Assembly’s premises because of his portfolio, came into the elevator while Hon. Akande-Sadipe was in the elevator, started harassing her.

The eye witness said, “All she said was, ‘Please don’t step back because you would bump into me’.

“Reacting rudely, Mr. Babalola, who felt he is superior to a woman and could intimidate a woman, rather than replying politely or adjusting his pose, responded in a demeaning manner.

“He said demeaning words like ‘why would you talk to me like that; do you know who I am?’, using provocative insults, and laying claims to being 55 years old and as such could do whatever he wishes to her.”

Reacting to the incident, Hon Akande-Sadipe, who also chairs the House Committee on Diaspora Affairs, described the incident as unfortunate.

Noting that as a representative in Abuja, she had never been this embarrassed before, as Mr. Babalola made a scene from what should have been mutually ironed out by two matured minds, Hon Akande-Sadipe said, “We need to speak up against the discrimination of women and the harassment women face in Nigeria.”