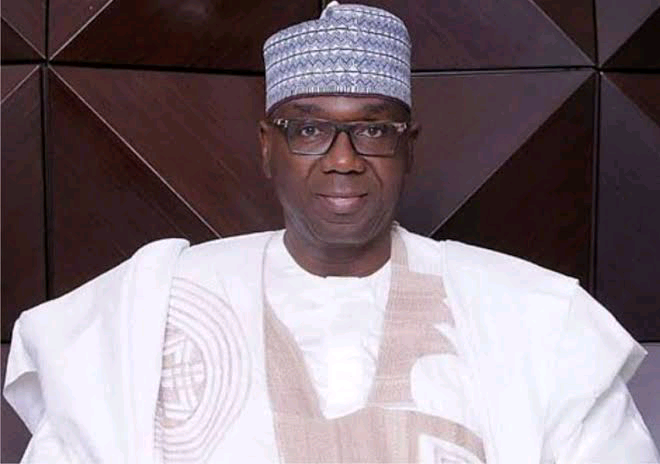 …Say They Are Not Better Than Rape Victims’

The peopel of Moro Local Government Area of Kwara State have cried out over the treatment being meted out to them by the Ilorin Emirate Council, saying, “Our forceful existence in the Ilorin Emirate is worse than that of a rape victim.”

The people, who unanimously made the call at an annual lecture organised by the Millenium Initiatives on Societal Values, MISSAVS, said that as a people, they are migrants from Oyo and Ile Ife and had been in existence for decades before the arrival of Ilorin.

At the lecture tagged: ‘2nd Saka Adeyemi Annual Memorial Lecture’ (Moro Leadership and Freedom Forum), with the theme; Rape and Nationhood: Salvaging The Fate of Moro and Other Rape Victims,’ the people complained particularly, about the non-grading of their traditional rulers at the instance of the Emir of Ilorin.

Averring that the Ohoro of Shao, for instance, had earlier been graded by the colonial masters in 1919, along some other monarchs at the time, including the stool of the Emir of Ilorin, the people said it was disheartening for the grading of the traditional ruler to be scrapped by the Northern Regional Governmrnt later.

Apart from this, they insisted that the administration’s of both late Alhaji Adamu Attah, in the Secondnd Republic and Mohammed Lawal, in the Fourth Republic, graded the Ohoro of Shao and the Oba of Jebba, but former Governor Bukola Saraki, who is an Ilorin man, allegedly removed their gradings to please the Emir of Ilorin.

The people also not only faulted an arrangement whereby they were politically grouped with Kwara North senatorial district, but at the instance of Ilorin was forced to be in Ilorin Emirate, which is in Kwara Central senatotial district to make the Emir have rights to five per cent of Moro Local Government monthly allocation.

They insisted that the five per cent deduction from the council’s allocation, that is supoosedly meant to run the traditional council of the local government was being enjoyed by the Emir of Ilorin, without allowing a single traditional ruler in Moro Local Government to benefit from it, since the government of late General Sanni Abacha introduced the gesture.

This double standard they insisted, had denied over 136 Baales in the Oloru, Ipaiye, Malete, Eji Dongari and Lanwa districts that traditionally and historically made up the council area.

Strengthening their position, the guest speaker, Elder Toyin Alabi, disclosed that at the beginning, children from the area now known as Moro were denied the opportunities to sit for common entrance examinations to enable them get admissions into secondary schools even after their primary education.

Similarly, Dr. Reuben Kehinde Akano said that the time has come to correct the wrongs that had for long been done to the people by the arrangement called Ilorin Emirate, pointing out that their ancestors fought for this within their limits, insisting that the present generation should now take the gauntlet.

Also speaking, Alhaji (Chief) M.B. Baako, the Ashiwaju of Afon, also a Yoruba descent from Oyo, disclosed how hard resistant Ilorin was to the creation of Moro and Asa local governments in 1976, but for the then military government, which insisted that the exercise would be done based on historical facts.

But, the Oshogun of Ile-Ife, who represented the Ooni of Ife, His Imperial Majesty, Obaa Adeyeye Ogunwusi, Ojaja 1, at the occasion, said he had taken cognisance of the plight of Oduduwa descendants in the local government and promised to relay the message when he got back home.

He enjoined them to, in addition to pursuing their agitations peacefully and legitimately, and along with their beliefs in modern religions, employ traditional faith of Yoruba ancestry to address the situation.