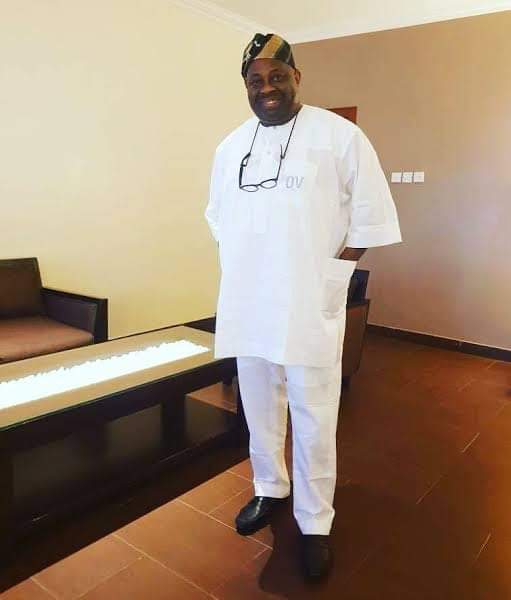 His is a brand that long ceased to struggle for attention or anyone’s validation. He’s in a class exclusive to him. His reputation – in all the boxes of human interests – has come to precede him.

Although he is first a journalist before anything else, Bashorun Dele Momodu, publisher of the world’s famous Ovation Magazine, boasts such versatility and clinically analytical mind that qualify him for many other callings, including lately a politician.

Perhaps, his love and choice for journalism was well conceived. As the oldest profession with God being the pioneer practitioner, communication and its management have become so crucial and inevitable that no other endeavour functions without a department carved out for that purpose.

Or are you still wondering how God became the first communicator? Maybe you should read your bible again and focus more on Genesis. There, you’d find how God created the planet earth only by communicating to a location that was void and without form. ‘Let there be this and that’ and so, the universe came to be just by God communicating those commands.

Talk about that one reporter, who not only understands the power of his calling but could also apply the same, effectively for the overall good, the sentient Bob Dee as he has come to be known and addressed, comes to mind.

The number one strength of a good and promising journalist is his contacts and that’s expected to be a conscious choice from day one. Who is a journalist without some well-heeled contacts? Whilst this is not a given, a deliberate decision to create a cache of well-off contacts is however not optional, at least, for anyone aiming to rise on the job, like Bob Dee.

Bob Dee knew this ab initio and started his journalism trajectory with that mindset as a guiding principle. Talk about that one stratum of the society and Bob Dee has a number to call – certainly not just anybody, but those who call the shot in that space. Yet, he is always balancing this. Those at the lowest ebb enjoy his friendship too, and even more.

A product made locally but now in high global demand, Bob Dee has paid his dues, no doubt, but as a counterbalance, life too has been kind to him. He cannot forget those hard times in a hurry; they’re definitely nothing compared to God’s benevolence over time.

With Nigeria’s fluctuating life expectancy, bagging the diamond age isn’t by chance or choice but God’s intentional grace for Bod Dee to tell his story and with a presence of mind.

Many younger colleagues have come to admire you, not just as their mentor, but the respect you accord them at each turn, making them feel as though there’s more to them. Both home and abroad, your path had crossed with many people – high and low – but you remain who you are: Bashorun Dele Momodu. You changeth not!

Even where you feel strongly about something, that you always took the time to call the individuals involved for clarity typifies the maturity with which you clutch yourself and the objectivity with which you deal with issues.

This doesn’t mean you are infallible. What it means is that you have converted your fallibility to strength and risen above the pettiness of certain ages, colour and background.

Whilst many admire the age of your ideas, they are even the more dazed at how you’ve come to embrace the ideas of the new age, without celebrating some of the excesses and inanities that define them. Yet, always in tune with global trends!

Egbon mi, as you continue to distinguish yourself in this chosen field of strategic communication and deploying your nous to better the lot of humanity, you remain one reporter, who is today acknowledged by a privileged class, everywhere and in everything.

I no envy you sir. Continue to savour God’s grace, abeg.

•Olaleye, a journalist, writes from Lagos.