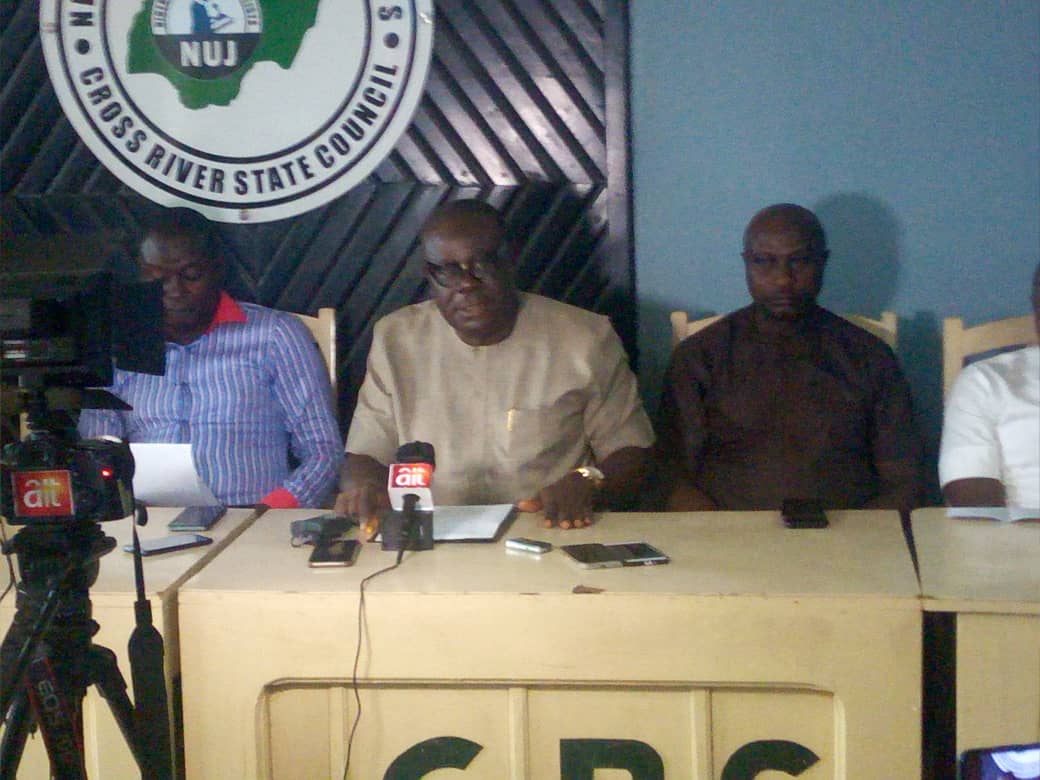 The Chairman of Cross River State Peoples Democratic Party, PDP, Caretaker Committee and former Deputy Governor, Barr. Efiok Cobham, has called on the national leadership of the All Progressives Congress, APC, to call the latest entrant into the party in Cross River State, Governor, Prof. Ben Ayade, to order over what it described as forceful conversion of PDP Secretariat two days after Ayade defected from the PDP to APC.

The PDP also want Governor Ayade to return what it called “all missing documents belonging to the party,” which he allegedly took alongside office furniture.

Cobham said this while briefing journalists on the issue yesterday at the Ernest Etim Bassey Press Centre, Calabar, in company of other caretaker committee members, insisting that they were shocked when they realized that the APC has taken over Cross River PDP Secretariat, which it has occupied in the last 22 years.

Stating that the PDP would use violence in recovering its secretariat from the APC, even though violence isn’t an option in the recovery of party secretariat,Cobham said, “We will not encourage violence, we will exhaust all avenues to recover our building.

“You can’t accomplish any thing in a rancorous environment.”

The PDP urged the APC in Cross River State to return all the PDP documents that got missing at the time of the invasion of the secretariat.

Cobham, a former Deputy Governor to former governor, Senator Liyel Imoke, told the APC not to take the quietness of the PDP as a sign of weakness.

He added, “The quiet walk of a tiger shouldn’t be taken as weakness.”

The PDP Caretaker Committee chairman averred that even if the PDP were in breach of any term of the tenancy, there are laid down processes and procedures for ejection of tenants and recovery of premises, which need to be followed.

But in a swift reaction to the issue shortly after the PDP’s warming to Governor Ayade over the forceful conversion of its secretariat two days after defection to APC, Ayade’s Chief Press Secretary/Special Adviser on

Media and Publicity, Mr. Christian Ita, stated that the office accommodation was paid for by Governor Ayade and not the PDP.

On the accusations that the governor collected N19 billion from the Federal Government for road maintenance refunds without letting Cross Riverians know the purpose the money was meant for, Ita said that the money is not even N19 billion, but N18 billion, stressing that there was no time the governor has collected money from the federation account without using the money for purposes other than the common good of the people

Ita added, “From the well documented figure of N18 billion, wailing wailers of the PDP, apologies to Femi Adesina, have now found it convenient to juggle the figure, all in a bid to blackmail the governor and incite the public against him.

“Therefore, while the vanishing clan of PDP tells unwholesome lies about N18 billion refund, it should also in good conscience tell Cross Riverians how the state incurred over N300 billion indebtedness, thus making it the most indebted state in Nigeria.

“Clearly, the PDP in Cross River State is on a free fall and on an uncontrollable hemorrhage.”

Urging the PDP caretaker committee members not to be crying over spilt milk, Ita added that all the lies being peddled in several quarters just to bring Ayade’s hard earned reputation into disrepute would do Ayade no harm.

He lampooned the PDP for over stepping its bounds, adding that they were it was the one responsible for the governor’s defection to the APC, stressing that it will take the PDP in Cross River State ages to overcome the shock and trauma it suffered following the exit of Ayade from the party.

Stressing that the continuous grieving of the PDP shows clearly how much of an asset Ayade was to the party, Ita added that it would take the PDP a long time for the wounds inflicted on it Ayade’s defection to healed.

He said, “In their grief, they seek recourse in mendacity, but this will not mitigate their huge and monumental loss.”