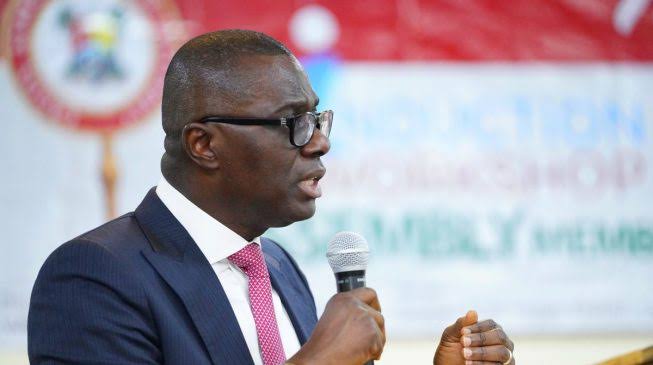 Another COVID-19 patient has been discharged, after testing negative to the pandemic.

Lagos State governor, Mr Babajide Sanwo-Olu, made this known on Saturday; and this brings to 25 the number of confirmed cases who have discharged after treatment

The governor also announced that henceforth, certain categories of patints would be treated free of charge across its secondary health facilities to cushion the effects of the lockdown of the state to contain the spread of coronavirus pandemic.

The governor declared this at a press conference, where he gave an update on the ongoing lockdown of the state, after meeting with critical stakeholders.
He siad that the measure was another intervention by the state government to cushion the biting effects on the lockdown on the people, especially the vulnerable members of the society.
Governor Sanwo-Olu said that additional ameliorating measures to complement the welfare packages previously announced by the state government will include taking full responsibility for the medical bills of all patients who have emergency/casualty cases, including registration, laboratory tests, surgeries, and drugs; maternity cases: normal delivery and caesarean sections.
He added that affected patients would not need to make any payments to access treatment and care at all the 27 general hospitals across the state.

He said, “Additional ameliorating measures to complement the welfare packages previously announced, are as follows: the Lagos State Government will, for the duration of the restriction on movement, take full responsibility for the medical bills of all patients who fall in the following categories at all Lagos State-owned secondary healthcare facilities:

“Maternity cases: normal delivery and caesarean sections. What this means is that, at this time, patients with the above-listed condition will not need to make any payments to access treatment and care at all our 27 general hospitals across the state.”

While commending law abiding residents of the state, Sanwo-Olu urged them to continue to be responsible Lagosians by obeying all the directives issued by the health experts.

He also re-emphasised practising social distancing, shunning large gatherings, covering mouths when coughing or sneezing, and self-isolating and contact a doctor if they felt “unwell.”

He also disclosed that over 400 commercial buses had been impounded for flouting the restriction order, even as he warned those who insisted on flouting government directives regarding how to keep safe from the pandemic, adding that the strong arms of the law would catch up with them sooner than later, and they would be brought to justice swiftly and comprehensively.

He added, “To those who insist on flouting our directives and guidelines, who seek to take undue advantage of their fellow Lagosians at this time, and all those whose aim is to undermine the efforts of the various health authorities responsible for keeping us safe, let this strong warning go out: the strong arms of the law will catch up with you sooner than later, and you will be brought to justice swiftly and comprehensively.”