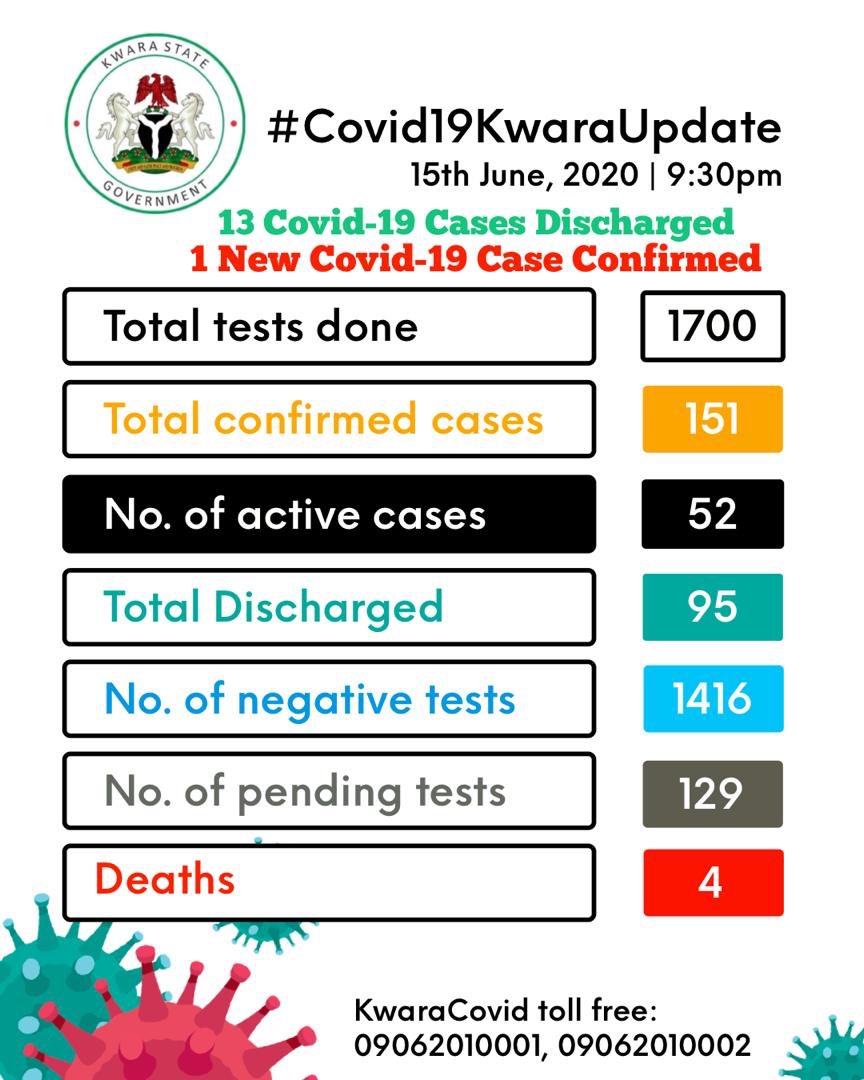 A total number of 1,700 persons have been tested for the novel COVID-19 in Kwara State as at Tuesday, June 15, out of which 151 were confirmed positive and 52 are active.

A table released by the state Technical Committee on COVID-19 stated that result of 129 tests were still being awaited.

Meanwhile, a total number 1,416 had tested negative and 95 had been treated and discharged

However, four fatalities had so far been recorded, according to Rafiu Ajakaiye; the spokesman of the COVID-19 Committee, who also doubles as the Chief Press Secretary to the state governor.