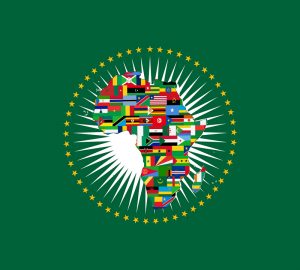 The Executive Council of the African Union, AU, has urged member states to ratify the Protocol to the Constitutive Act of the AU, relating to the Pan-African Parliament, PAP, to grant full legislative authority to the continental parliament.

The call came as part of the Council’s decisions concerning PAP, against the backdrop of the ongoing 33rd Ordinary Summit of the AU in Addis Ababa, Ethiopia.

PAP congratulated the African countries that have so far heeded the call to confer legislative powers on the continental parliament by their ratification of the revised Protocol, which was adopted by the
AU Assembly, in Malabo, Equitorial Guinea, on June 27, 2014.

The Malabo Protocol makes PAP a full-fledged legislative body, but a minimum of 28 countries are needed to ratify it before it can be enfoirced.

According to PAP, “As it stands, 12 AU member states have ratified the Malabo Protocol,” even as the President of the African parliamentary body, Rt. Hon. Roger Nkodo Dang, described the Executive Council’s decision as “an indication of the strategic importance of the PAP within the African Union
architecture.”

Expressing optimism that more AU member states would deposit their instruments of ratification of the Malabo Protocol following the relentless advocacy initiatives led by the Bureau, Dang said, “The decision of the Executive Council further demonstrates that the PAP constitutes an essential pillar towards achieving the long-term objectives of the AU.

“The decision also underlines that there is an agreement at the highest level of our institution that the PAP needs to be given the means to fulfill its mandate and tackle the urgent needs facing our people. We are pleased that more countries are adhering to the ideals of the Parliament and are at an advanced stage of the ratification process of the Protocol.”

It was also revealed that “among other decisions, the Executive Council has also welcomed the upcoming inaugural Joint Retreat between the PAP and the Permanent Representatives Committee, PRC. The meeting is scheduled to take place in March at the PAP Headquarters in Midrand, South Africa and aims to strengthen collaboration between the two organs.

“The engagement will further seek to promote synergies in addressing any challenges affecting the continental Parliament.”

The Executive Council, which is answerable to the Assembly of Heads of State and Government and takes decisions on policies in areas of common interest to member states, is composed of foreign ministers or such other ministers or authorities as are designated by the governments of member states.

Abiodun Commiserates With Adebutu Family Over Demise Of Matriarch, Caroline