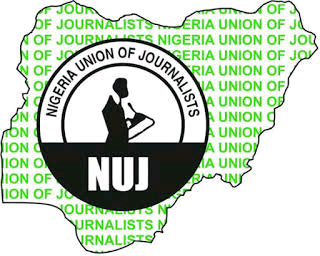 The monthly meeting (congress) of the Nigeria Union of Journalists, NUJ, Kwara State chapter ended in a fracas in Ilorin, the state capital.

An apparent alleged lingering improprieties and constant high handedness at the union by the Chairman, Mr. Umar Abdulwahab, at the congresses of the union was said to be the bone of contention that had been causing palpable frictions in the council.

Trouble started when attempts by members to make observations on the financial report, said to be unilaterally prepared and read at the congress by the chairman at the expense of the financial secretary, were disallowed by him.

The situation got worse when the Assistant Secretary, Mr. Olayinka Alaya, signified to raise observations on the financial report, but was shouted down by Abdulwahab.

Alaya was repeatedly overuled and shouted down by the chairman, who sat together with his Assistant Secreteay on the high table, a situation that at the end ignited wild reactions from members, who insisted that the time had come for them to demand for accountability on the part of the chairman.

The comotion at the end, caused the meeting to come to an abrupt end, bringing to three, of such disrupted congresses of the council in recent time.

The immediate past Secretary of the council, Mr. Babatunde Jimba, had for over one year been complaining about the funds handed over to the executive, which he alleged had strangely disappeared from the records.

According to him, about N153,000 was the liquid of the union in the bank when they handed over on July 5, 2018, which disappeared within two days and there was no explanation yet on who withdrew the money nor for what purpose.

Also, Jimba was asking for the union’s check off dues members paid shortly before the executive he served left office, which according to him ran into hundreds of thousands naira.

Members at various times had allegedly complained about Abdulwahab’s hard postures as a way of disloging moves to hold him accountable to series of negative impressions members allegedly had about him at each congress.

According to the Assistant Secretary, the time had come for him as an elected officer of the union to exercise his rights of expression alongside his other colleagues, that is the Treasurer and the Auditor, who all along shared this position with him, that the chairman had always been unduly exhibiting “autocratic postures.”

Alaya detested the appropriation of the functions of the Financial Secretary by the chairman and the effontary he had to arrogantly present the financial report to the congress, even when they had earlier kicked against it in the pre- congress meeting of the executive, held a day earlier.

The Assistant Secretary specifically said that Abdulwahab before now, rebuffed attempts in the past to call him to order, particularly, on the way and manner the fund of the union was being handled.

Besides, he said Abdulwahab already had developed a knack for deliberately picking personal quarrels with anyone perceived to be in opposition to his position on issues.

At the last congress in January for instance, it was said that a similar observation was made over the then financial report by the immediate past NUJ Zonal Secretary, Mr. Akeem Olatidoye, which caused a wild disageement between him and the chairman.

The January congress was also said to have ended abruptly, when tempers arose, leading to a near physical combat between Olatidoye and the Council Secretary; Mr. Omotayo Ayanda.

Meanwhile, Alaya and some members of the executive still maintained that the financial report was doctored and unacceptable, pointing out that they would not want to be recorded accountable over the report if by any unholy means, it was adopted.