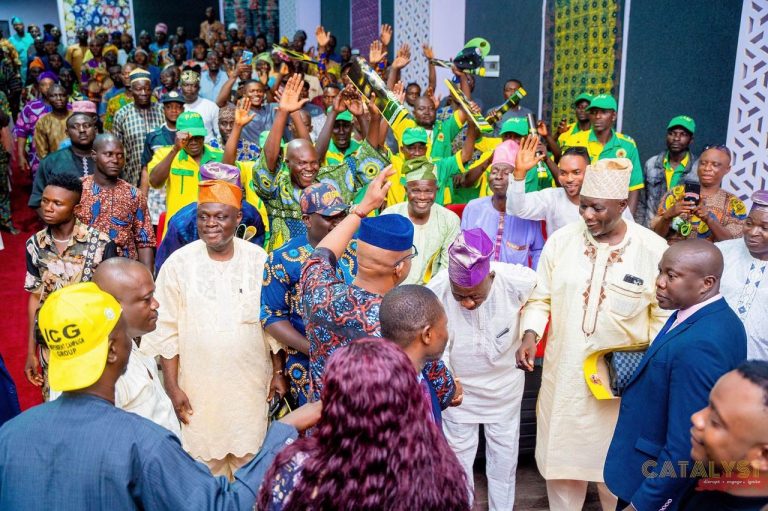 In his bid to drastically reduce carbon emission in his state, the governor of Ogun State, Prince Dapo Abiodun, has disclosed that plans are under way by his administration to convert vehicles running on petrol to gas.

A press statement issued in Abeokuta on Monday by the Chief Press Secretary, CPS, to the governor, Kunle Somorin, stated that the governor dropped the hint at an interactive encounter with transport union members from Ogun Central senatorial district.

At the parley, held at the June 12 Cultural Centre, Kuto, Abeokuta, at the weekend, Governor
abiodun said that the conversion project, christened ‘Ogun Going Green Project,’ is necessitated by the hazard posed to the environment by carbon emissions.

He said, “It is no news that Ogun State enjoys the crisscross of gas pipelines coming from the delta to neighbouring countries; which explains why we have the proliferation of industries in the state; and we have decided to take advantage of the network of gas pipelines. We have the Ogun Going Green Project and that project allows for the reduction of carbon emissions like it is done all over the world.

“We want to start by ensuring that our vehicles utilize other sources of fuel that will reduce the amount of emissions, which is the largest contributor to global warming. So, we are starting with our transportation sector. We are going to provide them with vehicles and these vehicles and with the one they have now will be converted through a pilot project. We will be using a combination of gas and fuel, but the fuel will only be used to start the vehicles and after that, the gas takes over.”

Governor Abiodun revealed further that the first set of kits for the project would arrive in the state in the next three weeks, adding that buses, trucks and taxis would be the first to benefit from the project, while motorcycles would be converted to electric ones.

The governor added that apart from reducing consumption of and reliance on fuel, the project would reduce the environmental pollution; as well as cost of transportation, as the cost of gas is almost a quarter of that of fossil fuel.

Prince Abiodun also disclosed that the state would facilitate new vehicles for the transporters on a part-payment basis, adding that the state Ministry of Transportation has been directed to work out modalities with the unions on how to go about the plans.

Describing the transportation sector as the live wire of any economy, Abiodun maintained that his administration regarded the union members as important stakeholders in achieving its “Building our Future Together Agenda.”

Stressing that transporters are too important to ignore in the scheme of things, Abiodun said, “From time to time, we must sit down with people like this and share with them what the administration has done for the avoidance of doubt; and to further solicit from them what we want them to do. We want them to ply the roads responsively. We want them to drive safely and be our ambassadors.

“We want to know what their needs are and what we can do to make road transportation safer and more efficient.”

The state number one citizen emphasised that his administration has embarked on massive infrastructural development across the state, especially good road network in all the three senatorial districts to ease the movement of goods and people, promising that the current administration would continue to implement workable programmes and policies that will be of immense benefits to the people of the state.

Responding to the government initiative, the Chairman, Ogun State Drivers Association, Akinwunmi Dauda; the state Secretary, Road Transport Employers Association of Nigeria, RTEAN, Tiwalade Akingbade and the Secretary, Ogun State Parks and Management, Haruna Adekujo, called for the construction of world class park in the state capital and addressing the issue of touts who harass their members on daily basis.

They commended the governor for his efforts at improving the socio-economic development of the state, pledging to support the governor in the 2023 election.