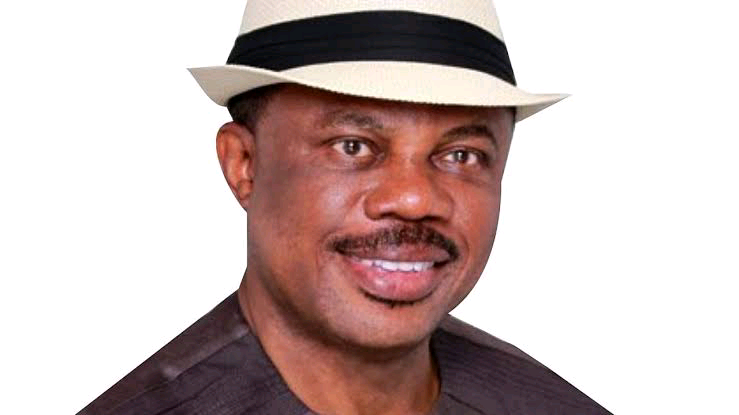 Ahead of the November 6,2021 Anambra State gubernatorial election, the state governor, Willie Obiano, has been alleged of directing all civil servants in the state to submit their voter cards.

The Senator Andy Uba Governorship Campaign Organisation, SAUGCO, said that it uncovered the covert and obnoxious directive by Governor Obiano to all civil servants in the state to submit their voter cards.

SAUGCO spokesman, Hon. Victor Ogene, said that the governor allegedly threatened to withhold the salaries of civil servants who fail to comply with the directive by Wednesday, October 6, 2021.

Quoting one of the circulars, which conveyed the directive, where a director in the state’s civil service requested teachers, through the Anambra State Universal Basic Education Board, ASUBEB, to submit among others, their National Identification Number, NIN, copy of their last promotion letters and incredibly, their voter cards, Hon. Ogene wondered why the governor would forcibly seek to coerce the state’s work force into being part of his illegal schemes every election cycle.

Ogene said “We state, with every emphasis at our disposal, that a voter card is the personal property of the owner of such card, and cannot be forcibly surrendered to any other person, or authority, under whatever guise.

“We recall that four years ago, in the 2017 gubernatorial election in the state, Governor Obiano, through the same political subterfuge, deceived Anambra civil servants into surrendering their voter cards; only to use same to conjure his magical re-election victory, despite his poor governance ratings.

“Today, four years after, Governor Obiano is back to the same wily ways, working in cahoots with some nefarious staffers of the Independent National Election Commission, INEC, to attempt a brazen subversion of the desire of Ndi Anambra to freely elect their own leader.

“We, therefore, call on INEC, the Department of State Security, DSS, and other relevant security agencies to forestall the plan to clone the voter cards of Anambra civil servants.

“We wish to enjoin the people of Anambra State, particularly, the teeming supporters of the All Progressives Congress, APC, not to give in to the brute tactics of the governor.

“From assurances gotten from INEC and the security agencies, it is illegal for anyone to hand over his or her voter card to a third party, particularly within days to an election, as anyone caught doing so stands the risk of being arrested and made to face the law.

“We wish to reassure the people of Anambra State, especially civil servants, who have had to grit under Governor Obiano’s unorthodox policies, that their day of redemption is near, when an APC government, led by Senator Uba will restore the glory and pride of the workers.”

Open Letter To Ondo Chief Judge: Uphold The Integrity Of Your Office!