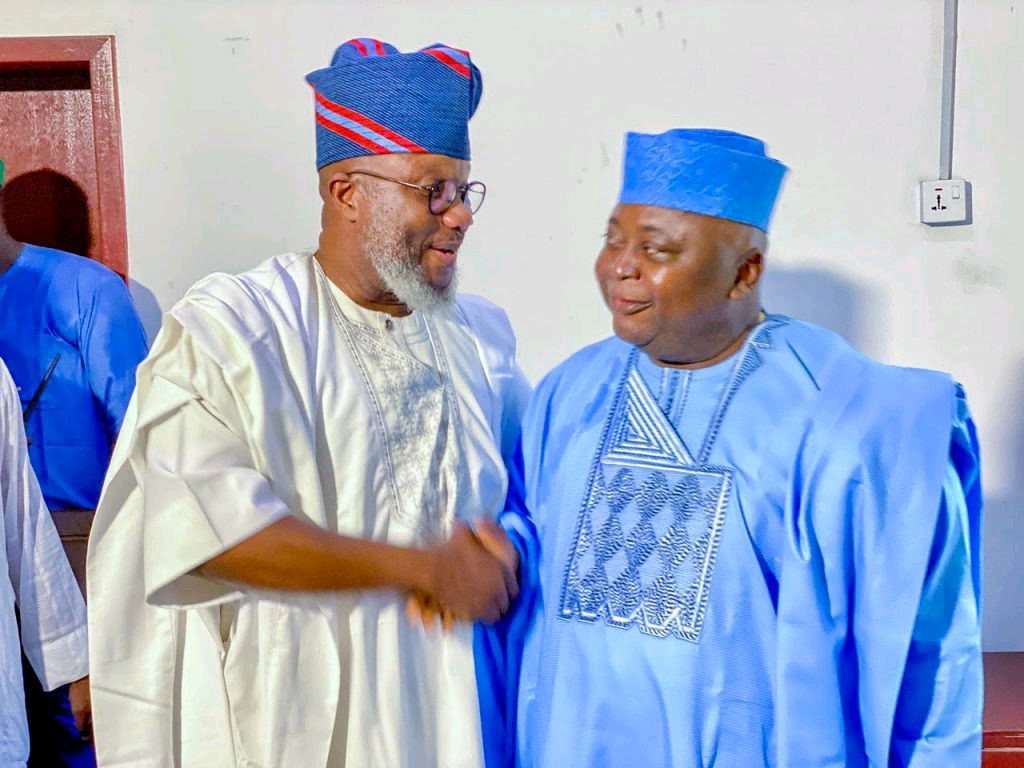 A socio-political group, in Ogun State, the Ogun Integrity Vanguard, OIV, has denounced the deal struck between the governorship candidate of the Peoples Democratic Party, PDP in the state, Hon Oladipupo Adebutu and his deputy, Abdul Kabir Akinlade, on the 2023 governorship election in the state, saying that their proposed sharing of Ogun State resources among cronies betrayed a corrupt mindset.

In a statement issued by its secretary, Comrade Abdulkadir Adelaja, on Friday, OIV warned Ogun electorate to beware of politicians whose interest in seeking elective office is not the development of the state but the cornering of resources.

The group’s reaction came as the deal between Adebutu and Akinlade, a loyalist of former Governor Ibikunle Amosun, came to light on Friday, amidst widespread condemnation on the social media.

The seven-page document, titled: ‘Alliance Agreement Between Hon. Oladipupo Olatunde Adebutu and Hon. Adekunle AbdulKabir Akinlade in Respect of the 2023 Election Into the Offices of Governor, Deputy Governor, Related Elective Positions and Appointment in Ogun State,” states that the deputy governorship slot of the party, the Ogun West senatorial ticket and two dtate House of Assembly tickets in Ogun Central, would be conceded to the Amosun group.

OIV, however, wondered why a political party that claims to be on a rescue mission in Ogun State would be busy sharing appointive positions instead of unfolding a blueprint that demonstrably outclasses the Building Our Future Agenda, BOFA, of the incumbent Dapo Abiodun administration.

It said, “We find it completely confounding that the PDP candidate in Ogun State, his running mate and the party leadership are busy devising stratgegies on how to share Ogun positions and resources among their cronies, regardless of merit and competence, and at a time the Dapo Abiodun administration in the state has been busy unveiling and commissioning project after project to the delight of the good people of Ogun State. Their corrupt mindset is, therefore, in ample evidence.

“Adebutu and his running mate are thinking of how to share substantive commissioner, Special Adviser, SA; Senior Special Assistant, SSA; and Special Assistant slots; statutory board chairman slots and local government executive chairman slots, but they have said nothing about how they propose to make the lives of the people of Ogun State better. They clearly have nothing of value to offer.

“It is clear that to them, the people do not matter. This shows clearly that they will be a threat to the people’s survival and well-being, if they ever manage to make it to Oke Mosan.

“We call on the people of Ogun State to reject these political marauders and queue behind their performing governor, Prince Dapo Abiodun, whose mission in the last three and a half years has been to make Ogun State a top investment destination; and who, among other landmark projects, is set to commission a brand new airport in the state in December.”

APC Chieftain To Amosun: With Or Without You, Abiodun’ll Be Re-Elected